Alex Harris • August 21, 2009
I recently posted on facebook about health care reform and trying to "have it all." I'm no expert, but it seems to me that you can have two of the following three things: 1. Increased benefits 2. Reduced costs 3. More government involvement The one you don't pick will have to go way in the opposite direction. So, if you want to get the government more involved and increase benefits, costs will necessarily skyrocket. Didn't we learn this with Medicare Part D? Any arguments about providing more entitlements somehow reducing the total amount of entitlements just don't work. Insurance produces moral hazard. People overconsume goods they get for free on the margin. That's Econ 101. The Democrats may have realized this and so proposed various cost-cutting measures, like panels to determine who gets care and who doesn't. 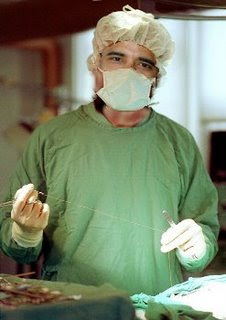 A bunch of nutters on the right got all up in arms about the panels. Why? Because they would reduce benefits. Of course if you want government-run health care, you'll have to ration. But, my god, isn't this better than government-run health care that doesn't ration? Government entitlement programs have unfunded liabilities of $107 trillion, an order of manitude above what we weakly label the "national debt" and above GDP. Most of that is from Medicare. When we added another government health program, prescription drug coverage for Medicare, this figure rose by $16 trillion, greater than both debt and GDP. And you want to add on more government health care without any rationing to control cost? Seriously? So, the "death panel" mongerers want #1 at any cost, though it sounds like some may (slightly) prefer #1 and #2. And the Dems want #3 at any cost, though it sounds like some may (slightly) prefer #3 and #2. So, what will we get? #1 and #3. Again. Which means costs will skyrocket. Again. Of course, it would be best if we just got #1 and #2, by getting the goverment out of health care. But that's not going to happen. Instead, we basically face the choice between government-run health care that rations and government-run health care that doesn't and so utterly destroys the nation's economy. Which would we rather have? This is the choice that's lost in the "death panels" rhetoric. Nat Hentoff apparently would rather have no rationing and exploding costs. Marty Feldstein doesn't face this question squarely, instead hoping for #1 and #2. Which should libertarians prefer: a limited new government package that provides minimal care (e.g. with high deductibles) or a big luxury package that provides everything? I would think we should prefer the minimal package (so long, of course, as private health care isn't outlawed and so people can still get additional care elsewhere). So, yes, let's keep pointing out the trilemma. But, if our only options are government-run health care with "death panels" and without them, I'll take the one with the death panels.