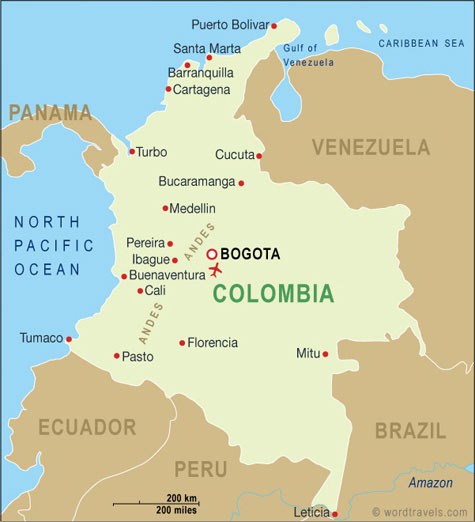 Griswold and Hidalgo provide an in-depth analysis of the remarkable progress that Colombian president Alvaro Uribe has made in reducing widespread crime, much of it by right-wing paramilitary groups against union leaders and note that the U.S. labor unions attacks on the FTA are unjustified and should not cause a rejection of the agreement:

Rejecting a free-trade agreement with Colombia because of lingering violence in that country would be an irresponsible mistake by Congress. It would sacrifice our national interest in a stable, peaceful, and prospering hemisphere for the sake of narrow ideological and partisan interests. More than its economic benefits, an FTA with Colombia would reward and institutionalize the dramatic progress made in the past five and a half years by the government of Colombian president Alvaro Uribe.

The article also points to the significant economic growth that Colombia has experienced under Uribe’s presidency:

Not only have crime figures improved during Uribe’s presidency, economic and social indicators also show remarkable progress. The economy, which grew at an average of 5 percent in the last four years, is estimated to have grown by almost 7 percent in 2007. Direct foreign investment ballooned from $2.1 billion in 2002 to $6.3 billion in 2006 (a 200 percent increase). Poverty has fallen by 11.9 percentage points to 45 percent during the same period. The unemployment rate has fallen from 15 percent to 11 percent. A combination of pro-growth policies and improved security has delivered better living conditions for millions of Colombians.

They urge Congress not to reject the trade agreement with one of the U.S. close partners in the hemispere:

Approving a free trade agreement with Colombia is about supporting a market democracy in a region where liberal values are under attack. It is about being a reliable partner in turbulent times. It is also about building long-lasting institutions for economic prosperity and democracy for millions of Colombians.

See also an article by me in CEI’s current Monthly Planet discussing the issues and outlook for pending free trade agreements.