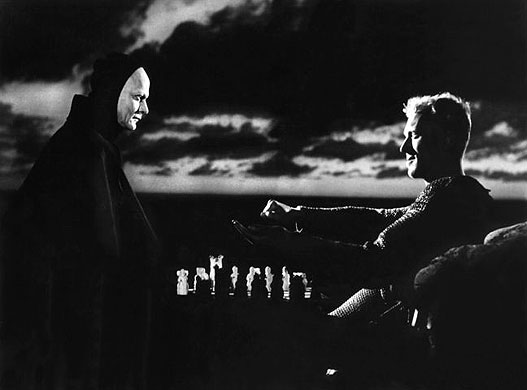 Two great filmmakers died in succession this week. On Monday, Ingmar Bergman died at the age of 89; yesterday Michelangelo Antonioni at 94. The end of an epoch in innovative film-making that began in the 1950s and is imitated even today.

My friends and I at school discussed the symbols and deep meaning of The Seventh Seal (1956), Wild Strawberries (1957), The Virgin Spring (1960). Indeed, we were a bit pretentious. But the images from those films have lasted a lifetime.

Antonioni’s L’Avventura (1960) and Blowup (1966) were later favorites. But I just saw Blowup on DVD a few months ago and was disappointed. The photography concept continued to be original and intriguing, but the depiction of the promiscuity seemed overdone and dated. Back then, it was shocking.

I’ll be revisiting Bergman’s films on DVD soon to explore his images again. I don’t expect to be disappointed. His vision was too strong.