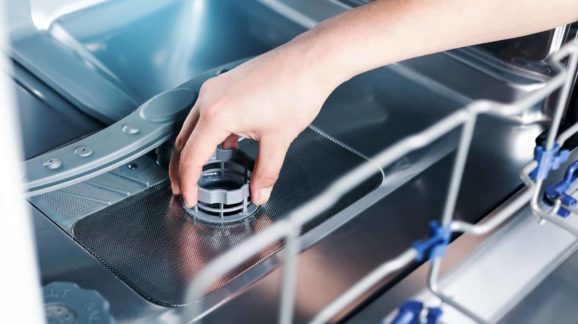 The spring 2021 Unified Agenda of Regulatory and Deregulatory Actions (Unified Agenda) has been released. It’s the roadmap of federal regulatory priorities, and being the first one under the Biden administration, it tells us a lot about what to expect from regulatory agencies in the months ahead. Two themes are clear—pursuing aggressive climate policy and undoing as many Trump administration regulations as possible. This is especially so with the Department of Energy (DOE) and its comprehensive agenda for new energy and water efficiency standards for home appliances.

Provisions in the 1975 Energy Policy and Conservation Act authorized DOE to set and periodically tighten energy and water efficiency standards for home appliances. In the ensuring decades, most have been subjected to multiple rounds of successively tighter regulations. Now, according to the Unified Agenda, another round is under consideration for refrigerators, clothes washers and dryers, ceiling fans, boilers and furnaces, air conditioners, dishwashers, light bulbs, water heaters, ovens, showers, and other appliances.

Typically, efficiency standards raise the purchase price of these appliances but supposedly save people money on their utility bills. However, even DOE’s own analysis has conceded that some standards, like those for air conditioners and refrigerators, boost the upfront cost more than many consumers are likely to earn back in the form of energy or water savings.

And now, the Biden administration has signaled that it will use climate change as an additional rationale to tighten these rules, on the belief that reducing energy use will help avoid a future rise in temperatures. Doing so increases the risk that the new standards will be excessively stringent and cost consumers more than they save.

Even worse than raising costs, some standards adversely impact product performance, including DOE-compliant dishwashers that take two hours or more—a lot longer than older models—to clean a load of dishes. Rather than impose new regulations, the Trump DOE focused on trying to fix existing ones. In response to a petition from the Competitive Enterprise Institute, it initiated the process of bringing back dishwashers that can do the job in an hour or less. DOE also modified past regulations that led to less powerful showers and took steps to ensure that low-cost incandescent light bulbs would not be forced off the market. It is worth nothing that the focus of all these reforms was consumers and that climate change was not a consideration.

Homeowners can only gain from such deregulatory measures, as they expand consumer choice. Keep in mind that those who want ultra-efficient appliances are free to choose them, and manufacturers have shown that they will offer such models with or without government mandates. The only thing stringent standards do is force that choice on everyone whether they like it or not.

But now, according to the Unified Agenda, most of these reforms to existing rules are in the process of being revoked, and the emphasis is back on tough new standards likely to raise costs and compromise choice and quality.