Today the House Ethics Committee, which was in charge of investigating the accusations against Rep. Charlie Rangel (D-NY), recommended that he be censured. A signal to future politicians: if you (knowingly?) break numerous laws over an extended period of time including not declaring investment income and improper use of rent-controlled apartments, you will receive a slap on the wrist. I’m sure they will be terrified. Maybe Congress will write him a very angry letter.

And rather than going quietly, as Obama himself suggested, Rangel will likely continue with business as usual.

His arrogance is astounding:

“I truly believe public officials have a higher responsibility than most Americans to obey the rules because we write them,” Rangel said in a statement released Thursday morning. “There can be no excuse for my acts of omission. I’ve failed in carrying out my responsibilities. I made numerous mistakes.” 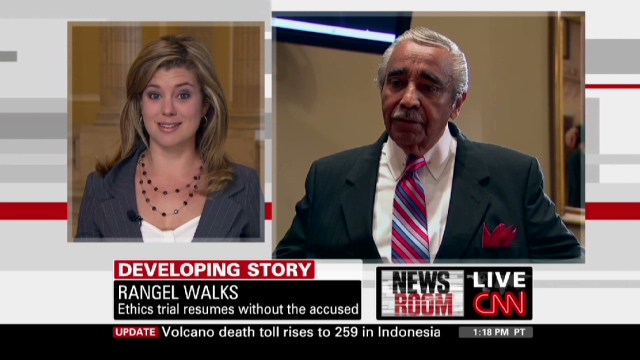 But, Rangel argued, “corruption and personal enrichment are certainly not part of my mistakes and the (ethics committee’s) chief counsel made that abundantly clear. And that was the point I was always trying to make.”

He doesn’t seem to feel that he should be held to much of a serious standard, as he will continue to serve in office. Furthermore, the idea that he didn’t benefit financially from from any of the laws he broke is laughably false. Are we to believe that he paid tax on his undisclosed investments despite not declaring them?

Not that I can think of a better solution, but this is bound to happen when you have colleagues investigate colleagues. Rangel will return to office, largely still a hero to his constituents — he received over 80 percent of the votes in his re-election.