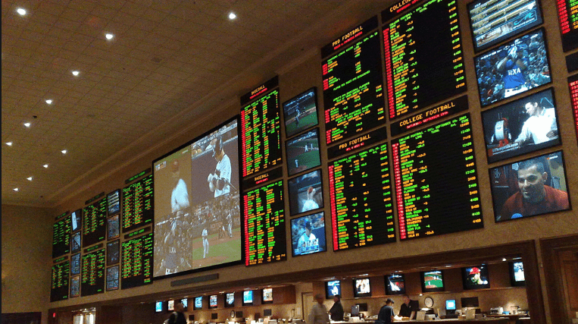 Congress was not vague in its intent when it enacted the Wire Act in 1961. The law, developed and supported by then-Attorney General Robert Kennedy, was never meant to establish new prohibitions on any type of gambling. Rather, it was designed to provide federal enforcement support for illegal interstate sports gambling or, as a House Judiciary report in 1961 put it, to “assist the various States and the District of Columbia in the enforcement of their laws pertaining to gambling, bookmaking, and like offenses…” [emphasis added.]

Any confusion about the law’s applicability to gambling beyond sports wagering should have been cleared up during Senate hearings on the proposal when, asked if it applied to anything other than sports betting, the Department of Justice representative unambiguously testified that it “would not cover [other games] because it is limited to sporting events or contests.” This and other evidence is what led the department’s Office of Legal Counsel (OLC) to correctly conclude in 2011 that state online lotteries did not run afoul of the Wire Act because the law applied only to interstate sports betting and—even then—only when such activities violated state laws.

Yet, this week, eight years after the OLC’s narrow reading of the Wire Act, the current OLC released a memo (drafted in November 2018) that flips this interpretation on its head. According to the 23-page document, the Act actually prohibits all interstate gambling online.

For those familiar with the history of U.S. gambling law, the opinion is mind-boggling. But what is worse is the pretzel-logic OLC used to reach this conclusion. At once, it argues that it is inappropriate to rely on the stated intent of the 87th Congress to interpret the Act as limited to sports betting while, at the same time, the new memo uses grammatical analysis to support the claim that Congress intended to create a sweeping prohibition on all gambling wire communications.

Most of the OLC’s textual analysis focuses on the first paragraph of the law which reads:

If there’s anything in the OLC opinion with which I agree it is the statement that the Wire Act is “not a model of artful drafting,” and that the conclusion OLC reached is arguably reasonable based on the text of the first paragraph alone. However, in the context of the entire bill and the bill’s legislative history, the opinion makes little sense.

For instance, OLC argues that if Congress meant to limit the Wire Act’s prohibitions to sports betting it would have modified both clauses with “sporting events or contests.” As evidence, OLC points to the second paragraph where the law details those activities exempt from the law’s prohibitions. This paragraph reads:

Had Congress intended to limit the Wire Act’s prohibitions, OLC argues, it would have followed each set of prohibitions with “sporting events or contests” as it did when listing exemptions and thus, OLC argues, it warrants the presumption that “Congress intended a difference in meaning.” Of course, based on that logic we would also have to presume that Congress intended to prohibit all gambling activities except legal sports gambling (when legal in the states) and to preserve the news media’s First Amendment rights only with regard to the transmission of information related to sporting events or contests.

If one widens the scope of the analysis beyond the mere text of the law, it is painfully clear that everyone involved in the creation and enactment of the Wire Act understood and intended the law to be restricted only to illegal sports betting. Take, for example, the title of the House Judiciary report on the Wire Act which was titled, “Sporting Events—Transmissions of Bets, Wagers, and Related Information” (H.R. Rep. 87-967, 1961). There’s also the aforementioned 1961 Senate hearing in which Sen. Estes Kefauver (D-TN) asked Assistant Attorney General Henry J. Miller if the Wire Act would prohibit the use of telephone for “numbers games,” to which Miller responded that it would not “because it is limited to sporting events or contests.” Further evidence can be found in subsequent legislative history, which is filled with failed attempts to amend the Wire Act so that it would apply to gambling beyond that related to sports.

Even aside from historical evidence, there is the fact that if the purpose of the Wire Act was to prohibit all online gambling it was unnecessarily confusing for it to specifically list sports gambling at all since “all gambling” implies the inclusion of sports gambling, too.

The more logical presumption and the one with actual evidence is that the Wire Act was one of several gambling bills developed by Robert Kennedy and introduced to Congress concurrently, where the Wire Act covered sports betting and its companion proposals were limited to the gambling activities listed in their respective texts. The Interstate Transportation of Wagering Paraphernalia Act, for instance, prohibits the transportation of gambling paraphernalia across state lines “for use in bookmaking, or wagering pools with respect to a sporting event, or in a numbers, policy, bolita, or similar game….”

The most disturbing aspect of this week’s OLC opinion is that it dismisses the importance of congressional intent, at all. That Congress’s overriding goal in enacting the Wire Act was to stop wire communications for sports gambling in particular “may well have been true,” the opinion admits, but the opinion asserts “statutory prohibitions often go beyond the principal evil to cover reasonably comparable evils, and it is ultimately the provision of our laws rather than the principal concerns of our legislators.”

The latest OLC opinion thoroughly dismisses historical context or evidence as a means of interpreting the Wire Act, even admitting that it “may well have been true” that Congress’s goal in enacted the Wire Act was to stop the use of wire communications for sports gambling in particular. But, according to the opinion, congressional intent does not matter.

It isn’t clear yet what the effect of OLC’s opinion will be—whether states that have already implemented legal online gambling will be forced to shut down. But, that scenario seems unlikely (and, if it occurs, expect many lawsuits against the federal government). The more likely outcome is a “chilling effect” which, if I had to guess, was probably the purpose of the memo. Instead of legalizing online gambling, as legislatures in New York, California, and others have been debating for years, the states will likely sit back and wait for clarity from the Department of Justice or the courts before wasting energy developing rules for a market that may never be legal.

The other likely outcome of the memo is that credit processing companies and banking institutions, fearing any hint of impropriety, may opt out of serving the online gambling market. Given that players can find creative ways to make payments online at non-licensed Internet gambling platforms, such an outcome will only make the legal market less attractive than the enormous black market.

If any of the above happen, it will mean that the legal online gambling industry that has begun to flourish in the U.S. will be less competitive with the ever-growing illegal market. And this means that more American consumers will be put at risk, until legal and regulated gambling can effectively compete with illicit operations.

But there is something even more worrisome about the latest OLC opinion: the Department of Justice’s apparent embracing of “judicial interpretive updating” (a.k.a. legislating from the bench).

After admitting that Congress could have intended the Wire Act to apply only to illegal intrastate sports betting, the OLC memo dismisses the importance of that intent, quoting former Supreme Court justice Antonin Scalia (as referenced above), who wrote that “statutory prohibitions often go beyond the principal evil to cover reasonably comparable evils, and it is ultimately the provision of our laws rather than the principal concerns of our legislators by which we are governed.” This type of judicial interpretation has been used by those like Seventh Circuit judge Richard Posner to assert that courts should “interpret statute with how it fits modern needs” and such interpretation includes “giving meaning to a statute that wasn’t in the meaning of the thoughts who wrote the statute.” Put another way, the philosophy under which OLC appears to now be operating is one which makes it perfectly acceptable to “reinterpret” the statutes that were democratically enacted by elected and accountable lawmakers in order to twist the laws into compliance with the world view of a few unelected officials.

If that is the case, we have much more to worry about, in addition to gambling. No one should want laws that can morph into whatever suits executive branch bureaucrats at any given moment.