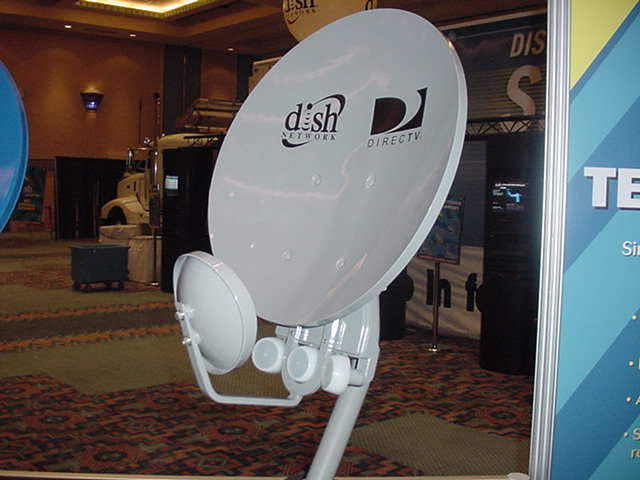 It looks like Dish Network and DirecTV are once again considering a merger. The companies must believe the deal would be greatly mutually-beneficial, if they were not deterred by the XM-Sirius fiasco. (To recap: Regulators waited over a year before acting, then stuck on some price controls and other draconian conditions, then waited for the Senate to investigate and demand more regulation, then added some new conditions, then finally approved the merger.)

Unfortunately, Dish and DirecTV may face an even worse fate than XM-Sirius. The two satellite TV providers tried to merge back in 2002, but the FCC torpedoed the deal. Now, it’s looking like the same might happen again – even though market conditions are very different than they were six years ago.

According to TheStreet.com, Dish Network CEO Charles Ergen “calculated the potential savings of a merger at up to $2 billion a year, and he also harbors hopes of a potent broadband offering from a combined satellite company — something neither has been done individually.” Lower costs and more services? Sounds like a win for customers to me, but apparently not to federal regulators.

Concerns over the deal are way overblown. As we learned from XM-Sirius, any company can sound like a monopoly entity if you define its industry narrowly enough. Yes, XM-Sirius will have a monopoly in satellite radio – but satellite radio isn’t the only way people get audio programming! What about podcasts, streaming internet radio, customized internet radio like Pandora, cable music channels and, oh yeah, terrestrial radio? These services all compete fairly directly with satellite radio. If XM-Sirius charges me too much to get my Kelly Clarkson fix, I can always just tune into my local radio station.

The same holds for satellite TV. Yes, satellite TV is dominated by Dish and DirecTV. But not video content in general or even TV specifically. The obvious competitor is cable, which still trounces satellite TV. According to JD Power, “29 percent of U.S. households subscribe to satellite service alone… while 58 percent of households subscribe only to cable.” That’s twice as many households. Plus, we should consider competitors like internet video services such as YouTube and Hulu. And don’t forget DVDs, especially those provided directly to a customer’s door for prices way less than cable or satellite charges from services like Netflix and Blockbuster Online. (After all, does anyone subscribe to STARZ anymore now that we can just rent from Netflix?)

If Dish and DirecTV decide to merge, regulators shouldn’t stand in their way. If the merger lowers costs and offers cheap satellite broadband (a new competitor in the ISP market!), as expected, we all stand to benefit.