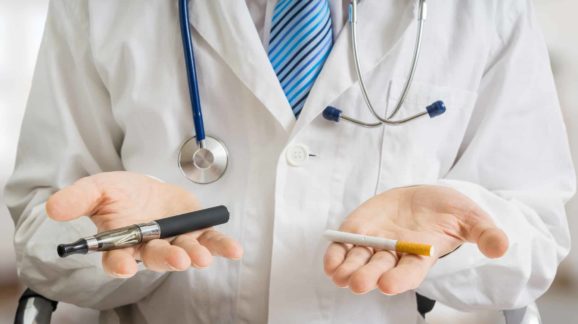 What if, instead of a deadly “addictive” chemical, nicotine was a revolutionary therapy able to treat several debilitating conditions and, potentially, save billions of lives? A new documentary, You Don’t Know Nicotine, (now streaming on Ibex) posits that everything we thought we knew about nicotine could be wrong. More provocatively, it makes the case that our ignorance is the intended result of a deception campaign, fueled by ego, greed, and dark money.

One might not think a documentary centered on a single chemical compound, nicotine, would have broad appeal for general audiences. But the film is about much more. Using the science and politics of nicotine as a platform, You Don’t Know Nicotine raises questions about the reliability and trustworthiness of our nation’s health authorities. What it reveals is that given enough time, money, and power, a relatively small group of interests succeeded in manipulating the truth to serve their own ends. Through interviews with scientists, activists, and consumers, it also explores how that manipulation, well-intentioned as it might be, has devastating real-world effects.

Most of our notions about nicotine stem from the anti-tobacco educational efforts initiated in the 1980s. Thanks in large part to those efforts, there is no longer a debate about harms caused by smoking. But, through a case of guilt by association, they also led to beliefs that nicotine is addictive in and of itself and that nicotine causes cancer. Such notions stigmatized the substance and its users, regardless of the method or purpose of its consumption. As the documentary shows, these ideas are not only wrong but harmful for individuals, public health, and science.

In one fascinating section, the film interviews some leading experts in nicotine research. They list a broad range of diseases and conditions that might benefit from nicotine: Tourette’s Syndrome, Parkinson’s Disease, ADHD, Down Syndrome, late-life depression, and cognitive decline in the elderly (a precursor to Alzheimer’s Disease), among others.

For many, nicotine’s benefits are subtler, like those with attention or mood disorders and mental health conditions. It seems to help their brain “feel good and work better,” as one expert put it.

That might explain why many smokers develop the habit and find it difficult to quit: not just because they are hopeless “addicts” but because they are receiving a real, therapeutic benefit from nicotine. But, despite decades of promising research, the therapeutic potential of nicotine has been largely ignored by the health community because of its connection to toxic cigarette smoke.

Whether the medical community chooses to acknowledges it, there are likely many people who use nicotine as a sort of self-medication, as noted by Dr. David Abrams of the New York University (NYU) School of Global Public Health. For most, that means smoking—a habit that kills millions of people worldwide every year.

This, Abrams says, is why it’s important for science to identify safer ways to consume nicotine. One of the first to call for bans on nicotine vapor products (or “e-cigarettes”), Abrams now believes they could be exactly that type of safer nicotine product, capable of saving the lives of those smokers who switch to these non-combustible options. “The science in the last two or three years has become incredibly strong, and there’s now a consensus on that, so I changed my mind,” Abrams told the filmmakers.

But not everyone in academia and public health is willing to update their opinions along with the science. Some, in fact, attempt to stop such research or prevent results from gaining any recognition. This sort of agenda enforcement and silencing of non-conforming views has no rightful place in science, but it has grown pervasive in the field of nicotine research.

Peppered throughout the documentary are clips from the filmmakers’ interview with Dr. Stanton Glantz, one of the most outspoken and influential anti-tobacco (now anti-nicotine) activists. Asked if nicotine has any benefits, Glantz responds “No.” Asked if nicotine is as addictive in all forms, his equally glib response was “Yes.” But, as the documentary convincingly shows, these answers are plain wrong.

On top of having clear therapeutic uses, experts interviewed for the film, including pioneers in the field, challenged the idea that nicotine outside of cigarettes is habit-forming. Dr. Neal Benowitz, a professor of medicine at the University of California San Francisco, is described in the documentary as the “grandfather of nicotine science.” According to him, the effects of nicotine depend on the form of delivery.

Dr. Karl Fagerström (for whom the nicotine dependence test is named) noted it is very difficult to get animals to self-administer nicotine in experiments, saying they have to be put under significant levels of stress to use it regularly. Meanwhile, Dr. Paul Newhouse, who leads the Vanderbilt Center for Cognitive Medicine and has been studying nicotine since the 1980s, humorously pointed out that if nicotine were highly addictive on its own, we would see widespread abuse of nicotine replacement products like nicotine gum, patches, or lozenges. They’re available over-the-counter in every drug store in the country, he noted, “and no one buys them for fun … kids aren’t trading nicotine patches on the playground.” Fagerström added that they don’t see people overusing nicotine replacement therapies, and that the bigger issue clinicians have when trying to help people quit smoking is getting them to use enough and for a long enough time for it to be effective.

Glantz is quick to dismiss any of these considerations, evidence that contradicts his ideas, and even people who don’t share his views. Asked about the researchers in England who have widely embraced e-cigarettes as a means of reducing smoking-related harm, Glantz described them as being “taken over by aliens,” like characters in the film Invasion of the Body Snatchers.

Unfortunately, Glantz’s style of militant dogmatism now dominates the scientific conversation on nicotine. As a result, science is failing to answer many important questions surrounding nicotine and forsaking potential solutions that could save or improve lives. For example, when Dr. Newhouse presented some of the results of his long-running trials of nicotine for memory loss to other experts, including the finding that nicotine appeared to decrease blood pressure, he says they refused to believe the data showing an apparent benefit from nicotine. An apparently befuddled Newhouse could only respond, “You can believe it or not, but I’m just showing you what the data actually is.”

The documentary puts forward explanations for why supposedly objective experts resist evidence that nicotine is less harmful than previously believed. Dr. Abrams pointed to ego as one explanation, something he says he still struggles with. “It’s very hard to change one’s mind when for 30 or 40 years you’ve believed one set of facts and pride yourself in having made recommendations based on that and then you begin to see a big change,” he said. Abrams’s NYU colleague, Dr. Raymond Niaura, echoed that, noting that “it becomes part of your self-identity and self-worth.” But Niaura and other experts pointed to another factor that might be at play: a deep and almost blinding hatred of tobacco companies.

As Dr. Fagerström sees it, the desire to defeat Big Tobacco hijacked a science-driven effort to save people from tobacco-related death and disease. “[For] many of the anti-tobacco people, I think their fight isn’t with the harmful effects of smoking. It’s more to [take] down the tobacco industry.” Stanton Glantz admits he is motivated by beating the tobacco industry. “If you go back and look at this battle, you have this rich, powerful, unscrupulous industry and a relatively ragtag group of rebels has taken it down … we’re winning,” says Glantz while chuckling. But people all around the world are still smoking, they’re still dying, and tobacco companies are still raking in money.

What has changed since Glantz started his battle in the 1970s is the size and scope of anti-tobacco activism. Ragtag as it might have been in the beginning, it’s a multi-billion-dollar global industry today, supporting the careers of academics like Glantz, university departments, non-profit organizations, and even government agencies. And as the film reveals in its riveting final chapters, it’s this web of interconnected and financially dependent interests responsible for creating false narratives about nicotine.

At a time when trusting the health establishment is more crucial than ever, You Don’t Know Nicotine paints a disturbing picture of institutions charged with safeguarding health, safety, and scientific fact being commandeered by interests more concerned with defeating opponents or imposing their will than improving or even saving lives. But the film provides hope for change if people learn how and why they don’t know much about nicotine. If that happens, the nicotine stigma will fade. Then research can start to investigate important questions, unfettered by dogma, and those in power may start to acknowledge the evidence.

If, as with other substances, we can destigmatize nicotine, society may stop approaching nicotine use and users from a place of fear and control and instead make such decisions based on compassion and respect for individuals’ right to make their own, informed health choices.

Finally, if people see how they have been manipulated when it comes to nicotine, perhaps they will start demanding less spin, more honesty, and true transparency from authorities about other matters of health and science, as well.