As we remember Elvis Presley today, on the 30th anniversary of his death, free-marketeers may find of interest a particular overlooked song Elvis sang about the woes of taxpayers subject to the heavy hand of the Internal Revenue Service.

Elvis singing about the IRS? Not only that, but at the IRS. At least the fictional version of the agency in his 1968 movie, Speedway.

Playing a race car driver who’s just been audited, Elvis gets up and starts singing at the IRS office while waiting for the examiner. The song, “He’s Your Uncle, Not Your Dad,” is no “Don’t Be Cruel” or “Heartbreak Hotel” but it does contain some funny zingers at the IRS’s excesses and abuses. As does the movie.

The “uncle” in the song’s title refers to Uncle Sam, or the U.S. government. “So just pay, pay, pay to your Unlce Sam,” Elvis sings. Then he comes to the song’s most hilarious line, “Oh say can you see, is there anything left for me?”

The movie is interesting. Amazon gives it mixed reviews. I think it’s a fun movie that gets in a few shots at the IRS. 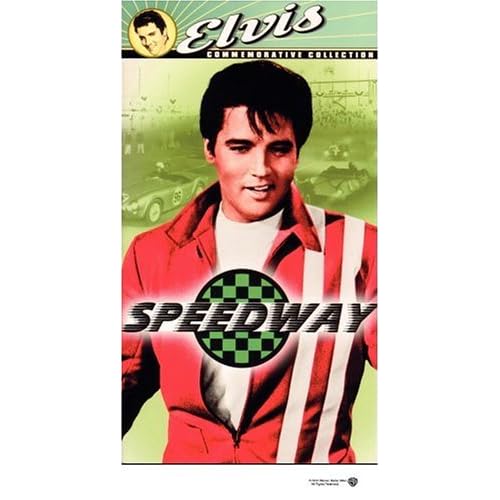 Nancy Sinatra, in her first and perhaps only film, plays the undercover IRS agent who busts Elvis and supervises his payment agreement. Although Elvis’s character and his manager did get creative with some deductions, the movie shows the agency agency bureaucracy as totally unreasonable. He is forced to live on a budget of “beans and hot dogs” while the agency collects all his winnings at the racetrack. I’m not giving too much away, if you know the formula of a typical Elvis film, when I say that Nancy Sinatra’s character falls in love with Elvis and convinces her IRS bosses to be more reasonable.

The movie is interesting for another reason. It was one of the first national displays of NASCAR racing. It was filmed at the then-fairly new Charlotte Motor Speedway (now Lowe’s Motor Speedway), one of NASCAR’s classic tracks. The sport was not even referred to by the acronym NASCAR then, and the movie just calls it stock car racing. But was one of the first times the sports’s cars and tracks were shown to the entire nation. May have been a stepping stone to NASCAR’s national following today.