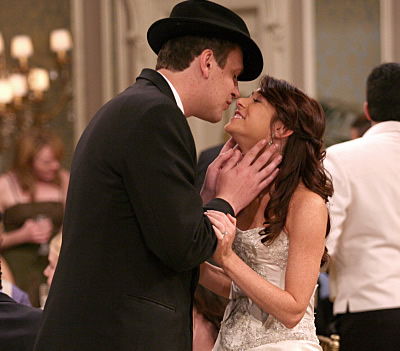 Apparently, positive portrayals of marital sex are just not super-interesting to TV viewers. So finds a study by the Parents Television Council. The PTC report claims that the major TV networks include more references to adultery and pre-marital sex than to sex within marriage in their prime time programs.

The group’s proposed solution to the “problem” that TV networks provide viewers the interesting, funny content they desire? Complain to the government, of course! The PTC’s report laments that “FCC enforcement has stalled in the face of court challenges from the networks.” Yes, it’s too bad that the FCC has bowed to that big political pressure group known as “the Constitution.”

Or has it? As I reported earlier, the FCC listens to other pressure groups a lot more – groups like the PTC and other conservative organizations that encourage their members to flood the FCC’s complaint boxes with thousands of vindictives about single incidents. The FCC recently bowed to this lobbying and reversed its policy of ignoring fleeting indecency (though the new policy was dealt a big blow by the 3rd Circuit recently). The FCC’s new policy stifles content creators and allows for some ex post facto rulemaking.