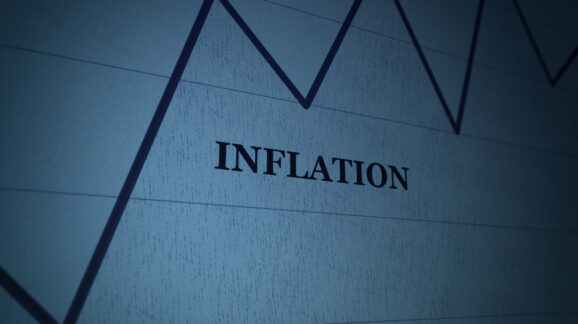 Everyone makes mistakes. Owning up to them is an underrated life skill that is almost non-existent among political pundits. Doubling down when threatened is a natural human instinct, but it is often unhelpful for understanding problems and fixing them. In a tribal environment like partisan politics, where the threat response is almost constantly activated, instincts often trump the merits in most discussions. That’s why The New York Times’ recent “I Was Wrong” series is such a breath of fresh air.

Eight of the Times’ columnists wrote columns explaining something they got wrong, and what they learned. Paul Krugman’s column is about his underestimating the early signs of today’s inflation. It’s a good column, and I learned from it. At the same time, I don’t think he quite learned the right lesson, so I sent this letter to the editor:

Hats off to Paul Krugman for having the humility, rare among pundits, to admit when he got something wrong (“I Was Wrong About Inflation,” Opinion, July 21). More thinkers of all political persuasions should emulate the Times’ “I Was Wrong” series. Krugman also deserves praise for clearly explaining what he has learned from the debate between Team Inflation and Team Relaxed, and for admitting there is still uncertainty about what has happened.

I add only that the money supply, which Krugman does not mention, is an important factor in understanding inflation. Since the COVID-19 pandemic hit, the Federal Reserve has grown the M2 money supply measure by roughly a third, while real output has grown by only about 4 percent. This rapid change in the exchange rate between money and real goods isn’t the whole story, but it does play a leading role.

The “I Got Wrong” series is an example of an exercise that everyone should perform once a year or so, whether they are in public policy or any other line of work. Find a few things you got wrong, and think about what you can learn from them. You might find systematic tendencies that you can adjust for in the future. You might find you don’t know enough about a certain part of your work, and put more time into improving it.

At the very least, it’s a good idea to avoid doubling down on mistakes once we find out about them. Doubling down is counterproductive for at least two reasons.

One, nobody gets better at what they do by finding out they are doing something wrong, then continuing to be wrong on purpose. This is true of everything from carpentry to economics. You live and you learn—or at least you should. Every mistake is a chance to become better at what you do. It’s nothing to be ashamed of.

Second, if appearances are what you care about, you actually look better to most people when you admit getting something wrong. People are more persuasive when they admit fallibility. An air of capital-C Certainty might look good on a cable news hit, where style matters more than substance. It can also energize partisan audiences that already agree with you; they want affirmation more than truth. But to everyone outside that bubble, false confidence can be off-putting. People with a touch of humility look more reasonable to people who might not agree with them, and more honest. They are more likely to be listened to.

If you want to persuade people, confidence is good, but it needs to be tempered with humility. For understanding important problems like inflation, such humility is essential. A lot of people are finding out that their pet inflation theories about stimulus, spending, corporate greed, or in Republicans’ case, The Other Side, aren’t holding up. Economists like Krugman, Larry Summers, and a few others are willing to learn from their mistakes and get a little closer to the truth. Inflation won’t go away unless others follow suit.