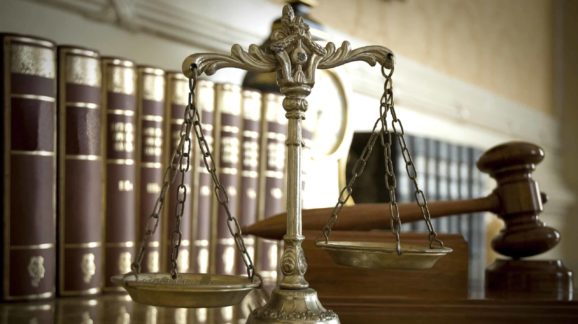 It is hard to describe how important the Supreme Court decision last week in Gundy v. United States is. In one sense, nothing changed—no case was overturned, no new law was made, and Mr. Gundy is still going to jail. But in another way, the Gundy ruling suggests that the way our government works will be substantially changed towards greater democratic involvement. The Competitive Enterprise Institute had filed an amicus brief in this case urging the court to head in this direction, which it appears they may do soon, although not yet.

Large change doesn’t happen quickly at the Supreme Court. Everyone remembers and recognizes Brown v. Board of Education (1954) as a monumental change restoring our law to what it should have been all along. What most people don’t know is that the effort to get that fixed started in 1935 when Charles Hamilton Houston and Thurgood Marshall created a plan to undermine Jim Crow laws by focusing on education. They brought Murray v. Maryland (1936), Missouri ex rel Gaines v. Canada (1938), Sweat v. Painter (1950), and McLaurin v. Oklahoma Board of Regents of Higher Education (1950), each case demonstrating the problems of “separate but equal” in education, but without eliminating it entirely. In many ways Brown may not have happened but for these other cases laying the groundwork.

The decision by Gundy is in many ways like one of those earlier cases prior to Brown. Nothing fundamental changed, but another wave is building.

First, a little history is needed to understand this case. Since before the United States was founded, it was understood for centuries that the legislature could not delegate their lawmaking powers by allowing the executive to decide what the laws are. This is called the non-delegation doctrine.

After President Franklin D. Roosevelt in the 1930s appointed (or elevated) every member of the Supreme Court—a highly unusual opportunity for any president—the court simply stopped enforcing the non-delegation doctrine. FDR—and the justices he appointed—followed President Woodrow Wilson’s view that government experts in the agencies could be trusted more than elected representatives to determine what laws people should follow.

During World War II, Congress allowed the wartime federal Price Administrator to set maximum prices on all products and services. He was allowed to adjust prices to “make adjustments for such relevant factors as he may determine.” This was the first time in the history of the country that completely discretionary authority over the laws was delegated to the executive branch, and the Supreme Court allowed it. The court went on to allow Congress to delegate legislative powers under such vague direction from Congress as “public interest, convenience or necessity requires,” to determine what “excessive profits” were, or to determine “just and reasonable rates.”

Unfortunately, these kinds of delegations have allowed unelected bureaucrats to write the laws that the American citizens live under. When the only constraint is to act in the “public interest,” anything the agency wants to do satisfies that requirement. Many of the people in these agencies are protected by civil service laws preventing them from being fired, even by the president of the United States. They are effectively an unaccountable oligarchy for which even the courts are required to defer to their judgment.

While Congress could take back the power they gave away, they won’t. The filibuster/cloture rule in the Senate effectively requires 60% agreement, meaning either party could block any attempt by Congress to control these agencies. Secondly, many in Congress actually like the current state of affairs, as it allows them to avoid responsibility. They can pass laws that tell agencies to go “do good things,” and if the agency does something that has the side-effect of harming people, members of Congress can say “I didn’t do that it was the agency, but I will go fix it. Vote for me!”

Returning to the Gundy case, Congress passed the Sex Offender Registration and Notification Act (SORNA) for monitoring and tracking sex offenders, usually by requiring them to register with state sex offender registries. Congress decided what to do going forward for future sex offenders, but as to past sex offenders, lawmakers could not agree. Instead, Congress decided to delegate to the attorney general the responsibility to “specify the applicability” of SORNA for such past offenders and write rules governing the behavior of these people.  As Justice Gorsuch noted, the attorney general is effectively given the power “to write his own criminal code governing the lives of a half-million citizens.”

The plurality opinion of Justices Kagan, joined by Justices Ginsburg, Breyer, and Sotomayor, cited a case citing a 1941 Supreme Court opinion (with a majority of FDR appointees) which stated that “In an increasingly complex society [of 1941], Congress obviously could not perform its functions if it were obliged to find all the facts subsidiary to the basic conclusions which support the defined legislative policy.” As such, “Congress simply cannot do its job absent an ability to delegate power under broad general directives.” The plurality explicitly relied upon past courts allowing delegations in the “public interest,” “fair and equitable” prices, “just and reasonable,” “requisite to protect the public health.” Almost all of which happened after FDR filled the Court. Kagan, et al., believed their job was to use the “‘history [and] purpose’ to divine the meaning of language,” which they felt was sufficiently within the already allowed delegations, which it was.

If the court had stopped there, this wouldn’t be an important case. But this opinion did not become the majority on its own. Justice Alito joined the judgment but, importantly, not the opinion, of the plurality. He noted that “since 1935, the Court has uniformly rejected nondelegation arguments and has upheld provisions that authorized agencies to adopt important rules pursuant to extraordinarily capacious standards.” He made clear that he “would support [the] effort” to “reconsider the approach we have taken for the past 84 years.” But as Justice Kavanaugh wasn’t on the Court when this case was heard, and as such excluded from participating, the court split 4 to 4 and “majority is not willing [overturn that doctrine, and so] it would be freakish to single out the provision at issue here for special treatment.”

Normally, a justice would just join the dissent and let the court split 4 to 4, so why didn’t Justice Alito do this? The most plausible reason seems to be that he wanted Justice Gorsuch’s opinion to be published. If the court splits 4 to 4, no opinions are issued and a single line affirming the court below by an equally divided court is instead issued. By joining like he did in only the judgment, Justice Alito didn’t change the outcome, but did ensure Justice Gorsuch’s dissent was published.

And, wow, what a wonderful opinion Justice Gorsuch’s dissent was. He notes that Justice Alito wanted to wait for “in a future case with a full Court, to revisit these matters,” but that he “would not wait.” Gorsuch noted that the separation of two houses of Congress, the presidential veto, the election at different times for the House and Senate, were all designed to ensure deliberation by a diverse group such that minorities could have a chance to stop legislation that would harm their rights. Such protection for minorities doesn’t exist in federal agencies.

Justice Gorsuch also points out that our system was designed to ensure the rule of law by slowing the rate of change to the law; thus, people have a chance to know what the law is. Today it is said that the average person commits three felonies a day without knowing it, and even the federal government doesn’t know how many federal crimes there are. As James Madison noted in Federalist #62, “It will be of little avail to the people that the laws are made by men of their own choice, if the laws be so voluminous that they cannot be read, or so incoherent that they cannot be understood: if they . . . undergo such incessant changes that no man who knows what the law is today, can guess what it will be tomorrow.” Today is that day.

Gorsuch lays out the questions that must be asked to determine if something is constitutional under the nondelegation doctrine: “Does the statute assign to the executive only the responsibility to make factual findings? Does it set forth the facts that the executive must consider and the criteria against which to measure them? And most importantly, did Congress, and not the Executive Branch, make the policy judgments? Only then can we fairly say that a statute contains the kind of intelligible principle the Constitution demands.”

Both Justices Roberts and Thomas joined Gorsuch’s opinion in full. Given that Alito also suggested interest in joining such an opinion (once there was a majority of the court), saying he “would support [the] effort,” that means the final deciding vote will come down to Justice Kavanaugh.

So while we do not know if Justice Kavanaugh will join Justices Gorsuch, Thomas, Roberts and Alito, there is a strong possibility. This would limit the explosive growth of federal criminal law that has resulted in the United States having the highest incarceration rate in the world. Instead, it would restore the rule of law by allowing people to know what laws govern their conduct. This would return our government back to the people. No longer would unelected, unaccountable bureaucrats be running our government. Only those the American people select could write the rules under which we live.