Iain raises an interesting question over at Planet Gore, and it’s a good idea to follow up with it here. Yesterday was Earth Day, celebrated around the world by Hippie and Crunchy Con alike.

Now, we might not have all celebrated in the same tribal drum-circle kind of way, but we all did something with yesterday’s 24 hours. Below, Open Market contributors will be adding their experiences, starting with Iain’s. Feel free to email in to [email protected] with your own stories of what you did on the planet’s Special Day:

I spent the day using energy to power-wash away the green mold that has been decaying my deck’s structure and strength. Next week I shall use chemicals to varnish the deck and restore some strength to it.

I can’t help but feel this is a metaphor for something.

Could be, Iain. I went down a similar path:

I spent a fairly quiet April 22nd (happy birthday, Lenin!) around the house. I did, however, finish off the last of the ants in my basement with my always handy spray can of Raid. I’d like to officially thank the good people at SC Johnson for making some of the best, most effective insecticidal toxins on the market. I’ve battled with crickets and other annoying arthropods in the past, and Raid always carries me to victory. Bravo, gentlemen.

Angela adds her tale of successfully re-arranging her own part of The Natural World into a more pleasing form:

On Earth Day I was battling with Mother Nature on many fronts to save my bird garden from the ravages of other creatures. Most of the day, I spent pulling and killing a massive tangle of vines and tree limbs that fell from storms last year. These had enveloped and were suffocating my virbrum blue muffin shrubs, elderberry bushes, and winterberry hollies. And I thank the Lord—not Mother Nature—for the freedom to employ modern-day technologies to assist in the process. Herbicides help to clear brush and fertilizes will help the bushes grow and produce prolific berries. Now I must devise a means to protect these plants form the ravages of the eight deer I saw browsing I the yard this morning! Much for the balance of nature; competition appears to rule the day in my yard. I opted to play the role of steward, rather than to keep my footprint “light.” Hopefully, this gives my feathered friends an edge in their battle to survive.

On Earth Day, I joined a handful of friends for a 1940s-themed picnic. We wore fashions of the era, listened to radio broadcasts featuring music and war news, admired my friend’s 1938 Packard, and ate home-made apple pie. 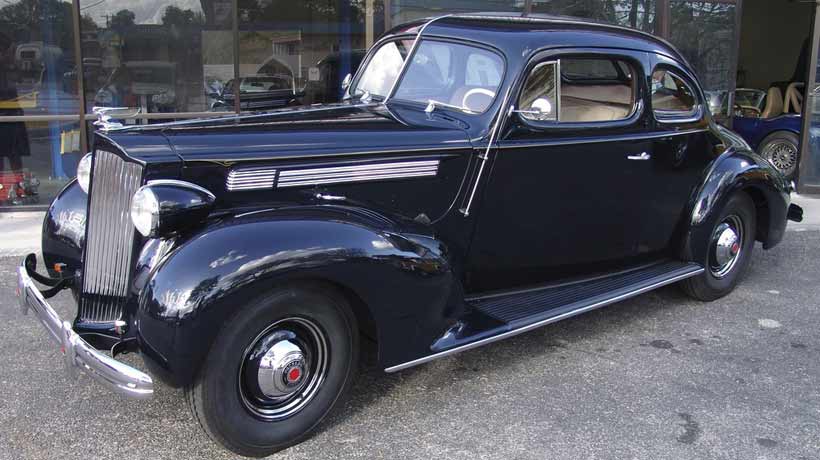 I’m not sure Earth Day organizers would appreciate the poor gas mileage of that vintage Packard, but they might very well appreciate the 1940s theme. Since the war years were ones of enforced scarcity and mandatory rationing of consumer products, many of today’s green Malthusians probably look back on them fondly.