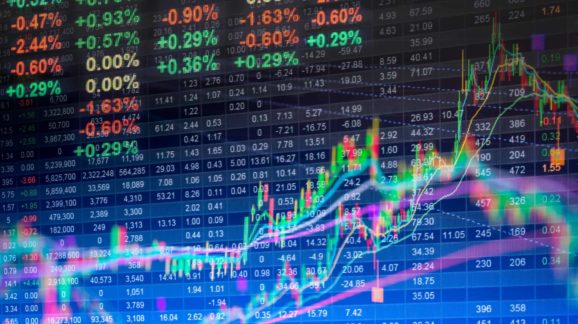 One of the main responsibilities of pension fund managers is to work to maximize investment returns in order to grow the plan’s assets and thus meet payout obligations to future retirees. Given the fixed nature of the payout obligations, achieving that requires for a substantial share of investment to go toward relatively safe assets, such as government bonds, for which gains are steady and mostly reliable, rather than spectacular. But what happens when interest rates go negative? Ideally, it’s better not to find out, but the risk of doing so seems to be getting greater.

With interest rates at historic lows, the challenges for public pension plans to close their shortfalls are getting much more difficult.

As for the United States, there is no particular mechanism that prevents our interest rates from going negative, as former Federal Reserve Chairman Alan Greenspan observed in August. Investors are earning less than they used to from U.S. government debt – approximately 1.8% on 10-year Treasuries, compared to an average of 3.5% over the past 20 years – but they are still getting back more than they invested. Yet the economic circumstances look precarious from certain angles. The Fed has lowered rates three times in 2019. The central bank seems unlikely to raise them again anytime soon, though recent remarks from Chairman Jerome Powell suggest more cuts are not imminent either. This year’s cuts do not mean negative rates are inevitable; far from it. But they do mean the central bank will have a limited number of further cuts available in a future situation where it needs to stimulate the economy. As I’ve said in the past, keeping rates low now is no guarantee that interest rates will go negative. But it increases the odds that they could.

For pension plans seeking to close funding gaps, that would make it more attractive to move into riskier assets in search of higher yields. But, as Josephine Cumbo and Robin Wigglesworth of the Financial Times note, that’s a long shot strategy.

A 1-percentage-point fall in long-term interest rates will increase liabilities of a typical pension scheme by about 20%, but the value of their assets would go up only about 10%, estimates Baroness Ros Altmann, a former U.K. pensions minister. “Clearly, then, scheme funding will deteriorate and employers will need to increase funding,” she adds.

So, what can be done? First, keep liabilities from growing even further by closing underfunded plans and making defined contribution or hybrid plans available to new hires. Second, get a more realistic measure of the size of the liabilities by adopting more realistic discount rates than what many plans have been using, and adjust contributions accordingly. (Thanks to Pensiontsunami.com for the links.)