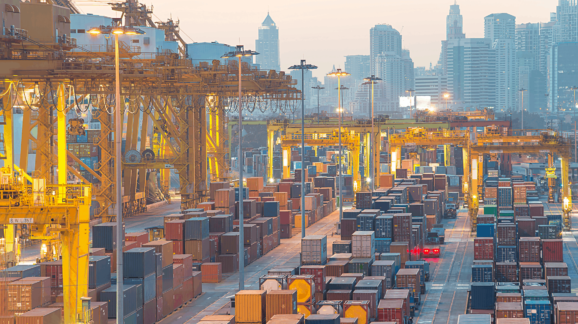 Trump economic adviser and Death by China author Peter Navarro’s recent column in The Wall Street Journal, “China’s Faux Comparative Advantage,” is a doozy. This is not a compliment; it is dangerous that someone so uninformed about basic economics has the president’s ear. Navarro’s mercantilism is the economic equivalent of Ptolemaic astronomy, and should be treated as such—a historical curiosity and an obstacle to human progress. Navarro’s thinking on trade suffers from three big-picture errors. This post will look at those, then see how they apply to his column. The result is not pretty.

The first big picture flaw is that mercantilism. It is an old economic doctrine, rooted in nationalism and what is euphemistically called anti-foreign bias. Mercantilist policies usually take the forms of trade barriers against foreign businesses, special favors for domestic businesses, and sometimes currency manipulation. They aim to maximize exports while minimizing imports from abroad. The result is that people have more money in their pockets from selling all those exports.

The tradeoff is that there is less stuff people can buy with that extra money, since imports are restricted and more goods and services are going overseas. Mercantilist policies not only reduce consumer choice and standard of living, but having more currency without more wealth to match it causes inflation and distorts the price system.

Second, Navarro badly misunderstands the theory of comparative advantage. This has been a standard piece of the economist’s toolkit ever since David Ricardo published “Principles of Political Economy and Taxation,” 201 years ago. Yes, Navarro is that far behind the curve. Fortunately, Ricardo spells it all out in a mere nine pages (pp. 133-41 of the Liberty Fund edition, available for free here), using an easy-to-understand example of England and Portugal trading cloth and wine. And if that’s too much, George Mason University’s Don Boudreaux explains comparative advantage even more concisely here. The lesson is simple: do what you’re good at, and don’t do what you’re bad at. That way everyone can make more wealth using the same amount of resources.

Remember this every time Navarro’s boss tweets something like “We are on the losing side of almost all trade deals. Our friends and enemies have taken advantage of the U.S. for many years. Our Steel and Aluminum industries are dead.” As Ludwig von Mises points out on p. 44 of “Human Action,“ “It is always single individuals who say We”. Also, domestic steel production is above its 40-year running average, according to the St. Louis Fed. Ditto aluminum.

Individuals would not trade with each other unless both parties expect to be better off. Otherwise they’d never make a deal in the first place. And in a world of more than two countries, those aggregate figures between any two countries almost never perfectly balance out in a given year. Americans don’t just trade with Chinese, they also trade with Canadians, Germans, Brazilians, Kenyans, and more. And those trades make a lot of sense for the people involved in the deals, even as they confuse and enrage aggregate-thinkers such as Navarro.

Now to go through Navarro’s column point by point.

“In large part because of China’s dominance in manufacturing, the U.S. last year ran a bilateral trade deficit in goods of $375 billion, or more than $1 billion a day.” Two things to pick apart here. One, China’s manufacturing output is roughly $5 trillion per year. The U.S., despite having roughly a quarter of China’s population, generated more than $6 trillion of manufacturing output last year, just shy of 2014’s all-time record. Moreover, China has to devote nearly half its GDP just to manufacturing to reach that figure, while the U.S. economy is so diversified that its manufacturing sector is less than a quarter of its GDP, even as it exceeds China’s by a trillion dollars in absolute terms.

So even with the Chinese government’s own mercantilist policies helping to increase exports, they do not dominate U.S. manufacturers. Also, much of what goes on in Chinese factories is simple assembly of components designed and manufactured elsewhere—my tablet, for example, says on the back, “Designed by Apple in California, Assembled in China”. Are such products really Chinese-made if the design and components all come from elsewhere? That is a difficult question to answer.

The second flaw in Navarro’s single sentence—an impressive achievement—is the trade deficit fallacy. For example, I run a massive trade deficit with my local grocery store. I purchase thousands of dollars of groceries from them every year, but I don’t remember them ever buying a single thing from me. And yet, we’re both better off. I get groceries, and my grocer gets money to stay in business and make a profit. If this wasn’t a win-win relationship, we would not consent to trade with each other. My trade deficit with them has no bearing on human well-being; it is an accounting artifact. Writ large, the same reasoning applies to U.S.-China trade. If it didn’t, there would be no trading.

“Contrary to the textbook model, whereby currency adjustments help rebalance trade, the U.S. trade deficit with China has been persistent—more than $4 trillion cumulatively since 2002—and growing.” Navarro can use the word textbook as much as he wants—and he uses it four times in the span of 700 words—but it doesn’t mean what he says is true.

If anything, the Chinese government’s currency adjustments have had the opposite effect. An artificially cheap yuan means that not only do Chinese companies send more of their products overseas where Chinese consumers can’t use them, but imports become artificially expensive, even without additional tariffs. The result of these real-world currency adjustments is less consumer choice and higher prices for Chinese consumers. America’s government should not compound the Chinese government’s mistakes with its own. I don’t know what textbooks Navarro has been reading, but none that I’ve come across say anything remotely like what he alleges.

“To protect its market, China erects high tariff barriers—e.g., its auto tariff is 10 times that of the U.S. China has high nontariff barriers, too, including intrusive licensing requirements and foreign-ownership restrictions that keep the playing field tilted in favor of Chinese companies.” Navarro rightly wants the Chinese government to lower its trade barriers and open its markets. Current policies obviously hurt the Chinese people, though they seem of little or no concern to Navarro; he neglects to mention them in his article. China’s mercantilism also puts U.S. producers at an artificial disadvantage in one of the world’s biggest markets, which does concern him.

“China’s faux comparative advantage is the result of its state-directed investments, nonmarket economy, and disregard for the rule of law.” These three things are precisely the opposite of advantages for Chinese consumers and producers. State-directed investments prioritize politics over people, and usually have a lower rate of return to boot. China’s recent growth only began post-Mao, when its near-total state slowly began to tolerate some form of a market economy.

And until a reliable rule of law does arrive in China, legal uncertainty will limit what its wealth creating sector can achieve. The Chinese people still suffer from what economists Daron Acemoglu and James Robinson call “extractive institutions.” Until the Chinese government becomes less predatory, Western living standards will elude hundreds of millions of deserving people.  Time will tell which direction the Chinese government chooses, but all three of Navarro’s assertions here are wrong.

“Because high-technology acquisitions often generate spillover benefits for the Chinese military, its SWFs [Sovereign Wealth Funds, basically government-run investment portfolios] are often willing to pay distortive prices, far above what the free market would dictate.” The Chinese government is no saint when it comes to foreign policy, or how it runs its state-owned enterprises. But this is no reason for Navarro to get a case of the vapors—or to offer support for starting a trade war.

Regarding actual war, since Navarro seems to think is part of the Chinese government’s economic aims, not only does the U.S. have a larger, better-equipped military than China, it outspends the next eight largest militaries combined. Navarro’s national security arguments might appeal to some conservatives—and defense contractors. But mercantilism’s economic harms mean fewer resources are available for defense than would otherwise be the case. And as a foreign policy gesture roughly equivalent to a middle finger, mercantilism raises the risk of a war happening in the first place.

Many businesses love mercantilist policies. Trade barriers hobble foreign competitors, while subsidies, sweetheart financial deals, and other domestic favors let executives sit back in their chairs instead of rolling up their sleeves and making the best possible products for consumers at the lowest possible price. This is why nearly all economists agree that mercantilism hurts people.

“It is in the name of fair, reciprocal and ultimately free and prosperous trade that President Trump is standing up to China’s intellectual-property theft and other unfair trade practices.” Not by repeating the Chinese government’s mistakes, he’s not. Navarro and Trump’s belligerent, zero-sum approach to trade hurts both the U.S. and China. Rather than copying China’s failed policies, the U.S. government should lift its trade restrictions and encourage other governments to do the same. Sadly, this does not seem to be the current path, and Navarro is partly to blame.

He should take the same advice that Brett Favre once gave to a referee: take two weeks off, then quit.