CEI and Fred Smith make appearances in Radicals for Capitalism, the upcoming history of the modern American libertarian movement by Reason Senior Editor and former CEI Warren Brookes Fellow Brian Doherty. The book’s release date is February 12, 2007, but here’s a taste, on CEI’s efforts to break through the public’s rational ignorance on public policy issues:

“Big businessmen, in [Fred] Smith’s estimation, are insecure about their position in society, and sucking up to the left offers them more in the way of security and emoluments and feelgoddism than libertarians can offer, even though it is libertarians who often stand up for their interests (though also, when fighting corporate welfare, giveaways, tariffs, and subsidies, often stand against corporate interests). Corporate leaders get no respect for being openly pro-market or pro-prosperity. The left can offer corporations accolades, Hollywood, and an aura of moral respectability beyond just making a good living and providing jobs and wealth.

“Smith has thought a lot about the various roadblocks on the way to a wider libertarian understanding on the part of the general public. ‘People aren’t stupid because they are stupid’ when it comes to public policy, he insists…Given hoe much any citizen can affect public policy — very little — it just doesn’t pay for most people to expend their resources learning much about it. Thus ‘people are stupid because they are smart.'”

For more, pre-order the book. 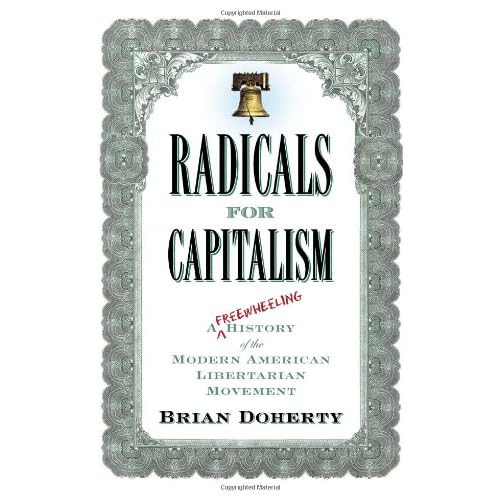