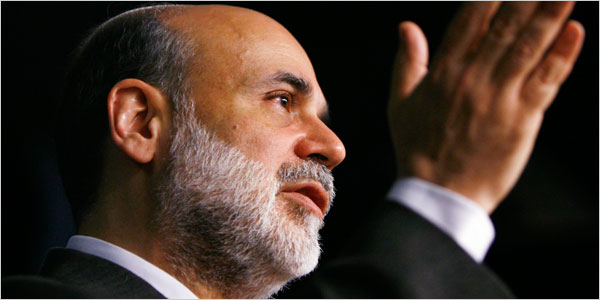 Under the “stimulus” plan proposed by House leaders and the White House, you get a “rebate” — even if you work so little that you pay no taxes — but not if you work so much that your income exceeds a certain level. That’s a disincentive to work. Yet they have the audacity to call it an economic “stimulus”! (Rebates did not revive the economy in past recessions.) It’s just another form of welfare that will drive up the deficit.

Under the plan, you get a “rebate” if you have as little as $3,000 in job-related income per year, and there were no taxes in the first place to rebate.

The net effect is that if your income is just above the limit, in the “phase-out” range, you are subjected to a radically increased marginal tax rate that discourages you from working to increase your income. That’s because most of each additional dollar in income will go to the government in the form of lost rebates, federal or state income tax, or social security tax. (Families in the phase-out range for rebates disproportionately live in high living-cost, high-tax states with substantial state income taxes).

This arbitrary limit on who can receive rebates was demanded by House Democratic leaders to keep so-called “rich” people from receiving them. But many middle-class people in high-living cost areas like the New York and Washington, D.C. metropolitan areas make more than the limit.

By contrast, some rich people who don’t work much will get rebates despite the “stimulus” plan’s income limit because its arbitrary limit is based on “adjusted gross income,” not actual income, and cash from things other than employment often doesn’t get included in “adjusted gross income.” For example, Lisa Bonder Kerkorian, who received $600,000 per year in child support from her billionaire ex-boyfriend Kirk Kerkorian (for a child he learned too late was not in fact his), would qualify under the plan as long as her earned income was less than $75,000. That’s because child support is one of the non-employment sources of income that’s not even included in the federal definition of “adjusted gross income,” no matter how big it is, and even if the money is in practice spent largely on the unwed mother, not the child.

The “stimulus” plan could get worse, increasing penalties for being married (for a few taxpayers, like me, the current version already contains a marriage penalty; my wife would qualify for a rebate if only she hadn’t married me, and would have gotten a rebate for our baby daughter, too, if our daughter had been born out-of-wedlock). Yesterday in the news was talk of a slightly-different income limit in the “stimulus” plan that would have set the limit for the rebates at a maximum income of $95,000 for singles and $170,000 for married couples. Under that proposed limit, two people living “in sin” could get rebates if they made a total of less than $190,000 ($95,000 each), but a married couple would have to earn less than $170,000 ($85,000 each) to get a rebate, taking away married people’s rebates even if they made less money than single people who’d receive them.

The “stimulus” plan also perversely increases the role of Fannie Mae, the government-backed mortgage giant that, more than any other institution (except conceivably the FHA), helped create the real estate bubble that now threatens the economy with a recession. It gives Fannie Mae, whose management perpetrated an Enron-like accounting scandal, broad new power to make billions of dollars of risky loans in the most overpriced and volatile housing markets, by radically increasing the maximum dollar value of the loans it can handle. (Taxpayers will have to pick up the multibillion dollar tab if it goes broke gambling in the housing market).