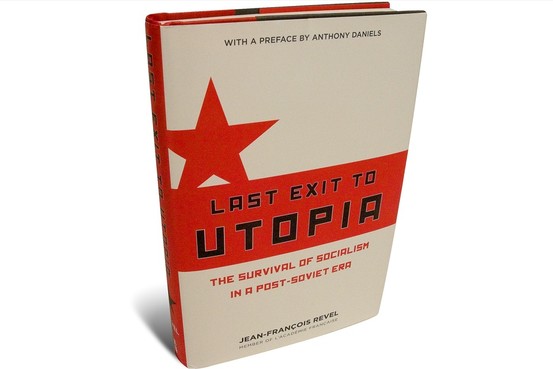 On my booklist for gifts this Christmas is Jean-Francois Revel’s “Last Exit to Utopia,” reviewed in the Wall Street Journal today. Revel died in 2006, and this newly translated work had been available in French for almost a decade, according to reviewer Bret Stephens.  Stephens notes that:

“Revel’s great subject was totalitarianism, not just its practice but also its intellectual methods, deceits and disturbing psychological attractions. In books such as “The Totalitarian Temptation” (1976) and “How Democracies Perish” (1983), he dissected the mind-set of Western intellectuals who, living in democracies, found much to admire in gulag countries like the Soviet Union and Cuba and much to detest in free ones—the U.S. most of all.

“Of this mental fortress, Revel acidly writes: “Utopia is not under the slightest obligation to produce results: its sole function is to allow its devotees to condemn what exists in the name of what does not.” Thus the political collapse of communism offered members of the hard left an avenue of ideological resurrection, since they could return to their favorite pastime of lambasting globalization and other American conspiracies to enslave the world without having to suffer any unpalatable reminders of some of the alternatives—the Berlin Wall, for instance.

He was one of the 40 Immortals of the Académie Française.  Here’s his NYT obituary from 2006.  Sounds like this book is very relevant today.

Why was that? “The totalitarian phenomenon,” Revel observed years ago, “is not to be understood without making an allowance for the thesis that some important part of every society consists of people who actively want tyranny: either to exercise it themselves or—much more mysteriously—to submit to it.”