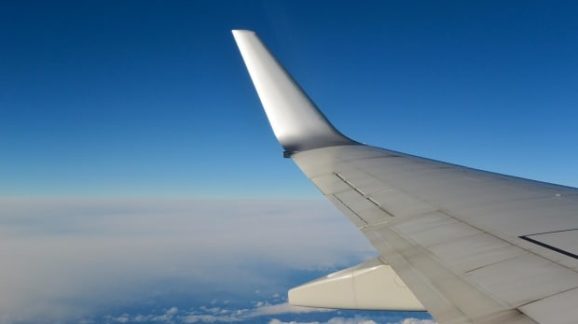 At issue in this case is TSA’s multi-year failure to complete its notice-and-comment rulemaking on body scanners, despite two court rulings ordering it to do so. More than eight years ago, in early 2007, TSA began deploying whole body imaging scanners in U.S. airports to screen airline passengers. Over 740 of these body scanning machines, also referred to as Advanced Imaging Technology (AIT), have since been installed in 160 airports nationwide.

In May 2009, the Electronic Privacy Information Center (EPIC), a non-profit research center, and thirty other organizations wrote a letter urging the Secretary of Homeland Security—who oversees TSA—to conduct notice-and-comment rulemaking with respect to the agency’s use of whole body imaging in airports. The agency responded to the letter, but it did not commence a rulemaking. In April 2010, EPIC and a similar set of organizations filed a formal petition asking the Secretary to issue a rule governing TSA’s use of AIT in airports. Again, TSA did not initiate a rulemaking.

Five years ago, in July 2010, EPIC filed a petition for review with this Court, arguing among other things that TSA’s deployment and use of AIT were unlawful due to the agency’s failure to conduct notice-and-comment rulemaking as required by the APA. In July 2011, this Court held TSA’s AIT policy to be in violation of the APA, and remanded it to the agency with instructions to “promptly . . . proceed in a manner consistent with [this Court’s] opinion.”

A year later, TSA had yet to publish a notice of proposed rulemaking, a necessary prerequisite to issuing a final rule. Thus, in July 2012, EPIC petitioned this Court for a writ of mandamus to effectuate its earlier decision. In September 2012, this Court denied EPIC’s petition, but emphasized that it expected TSA’s notice of proposed rulemaking would be “published before the end of March 2013.” The agency fulfilled this deadline with only five days to spare.

Now, four years after this Court’s July 15, 2011, mandate, and over two years since TSA published its NPRM, the agency has yet to issue a final rule, or take any other steps toward meeting the APA’s requirements. For over eight years, therefore, TSA has subjected passengers flying through U.S. airports to its AIT regime—a policy the American people have not had any say in making, even though they are “substantively affect[ed]” by it, as this Court has held. EPIC v. DHS, 653 F.3d 1, 6 (D.C. Cir. July 15, 2011).

TSA has taken far too long to heed this Court’s mandate by publishing a rule regarding AIT screening. Flouting the APA for eight years—despite repeated public requests to conduct notice-and-comment rulemaking and four years after this Court ordered the agency to do just that—is unreasonable and unlawful. TSA’s chronic failure to timely comply with this Court’s mandate evinces crippling bureaucratic inefficiency, especially for an agency with over 50,000 full-time equivalent employees.

Therefore, we respectfully ask this Court to issue a writ of mandamus to compel the Secretary of Homeland Security to publish a final rule regarding TSA’s use of AIT for passenger screening within 90 days.