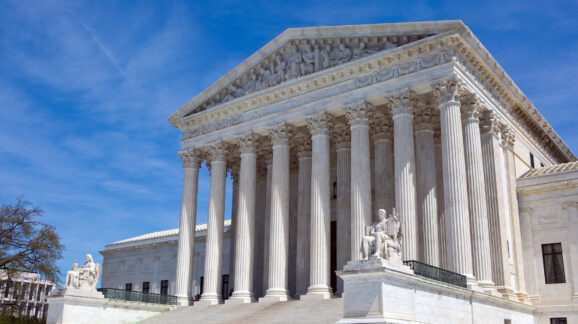 The Biden administration has moved to appeal an October court ruling against the Consumer Financial Protection Bureau (CFPB), a ruling that invalidated controversial restrictions on short-term “payday” lenders and, more importantly, deemed the unusual funding method for the bureau itself unconstitutional. CEI Attorney Devin Watkins predicts the Supreme Court will hear the case, and a subsequent ruling could have big implications:

“The Supreme Court will likely grant the petition for certiorari. Circuit courts have disagreed on this issue, and the Court understands the prospect of invalidating an act of Congress as very important. The Fifth Circuit’s decision protects democratically accountable government by ensuring that Congress can’t create an unaccountable funding mechanism that cuts off a future Congress’ ability to influence the government—which is worth the Court’s time.

“The Supreme Court should affirm the decision that the CFPB has sought review over as it strengthened our Constitution’s system of separation of powers: it ensures that, from now on, the CFPB will be lawfully funded through congressional appropriations. That decision was a victory for accountability that the Supreme Court should uphold. Our Constitution’s structure encourages political accountability by giving Congress a powerful lever — namely, decisions about funding — to influence the behavior of unelected bureaucrats. The Fifth Circuit found that the CFPB’s “double-insulated” funding structure — which includes what the court called an “off-books charge card that rings up unappropriated monies” — is indefensible.

“After the Supreme Court affirms the Fifth Circuit Decision, it should similarly scrutinize the other end-runs around the norms of the congressional appropriations process — such as the problematic funding structures of the Federal Deposit Insurance Corporation, the Comptroller of the Currency, and the Federal Housing Finance Agency. This will ensure that the people will be in charge of the government, rather than the government being in charge of people.

“Ultimately, if the Payday Lending Rule were invalidated, everything the CFPB has ever done could end up being invalidated until Congress decides to fund the CFPB. Such funding could include riders that block the implementation of specific rules or otherwise restructure the CFPB. As the Republicans have not liked how the CFPB has operated, getting new funding through the new House without substantial riders limiting the CFPB’s authority is unlikely.”

CEI legal and policy experts have long objected to the bureau’s unaccountability, starting with its unchecked, direct funding from the Federal Reserve. CEI previously filed a lawsuit on this subject in the D.C. Circuit in National Bank of Big Spring v. Mnuchin.

Why the CFPB Is at Death’s Door