President Donald Trump’s executive actions aimed at slowing the pace of new regulation and eliminating existing ones (the first part was easier) continued in 2018.

While temporary flash-freezes of the rule pipeline are routine for incoming presidents, this memorandum also applied to agency guidance documents, which was a unique development in executive branch regulatory oversight. 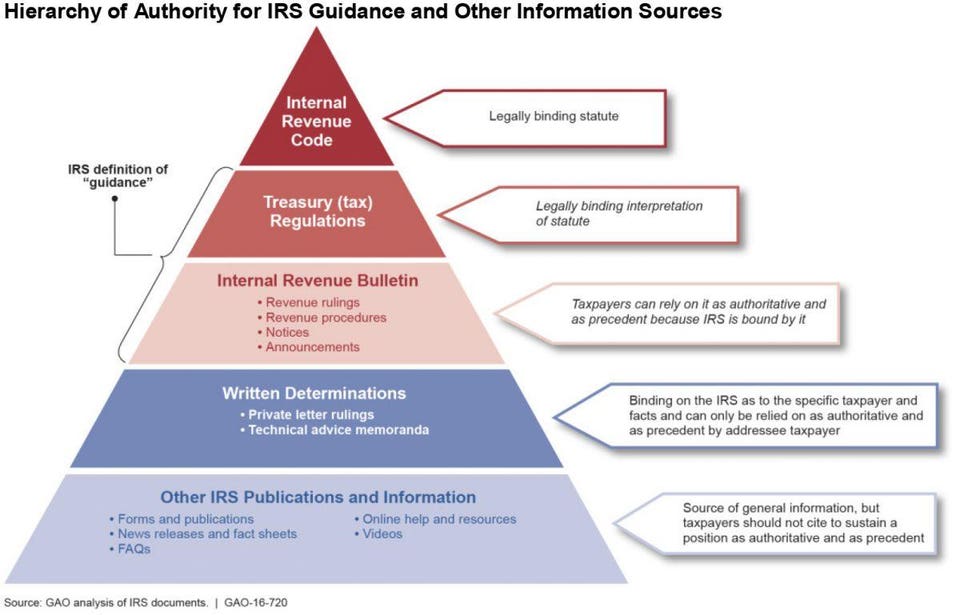 Guidance documents are nothing new, but have grown in prominence as a governing phenomenon since Barack Obama invoked the “pen and phone.” And if an administration was purportedly up to lawmaking without Congress, or without following at least the notice-and-comment public consultation procedures as laid out in the Administrative Procedure Act–then what the heck were agencies up to?

The 115th Congress took notice in several ways, including a 2018 report surveying the matter from the House Oversight and Government Reform committee, Shining Light on Regulatory Dark Matter.

Guidance is technically not legally binding, but a year ago this month the Administrative Conference of the United States (ACUS) recognized that “members of the public may feel bound by what they perceive as coercive guidance” and “sometimes find they have no practical escape from the terms of a policy statement.” Regulated parties may, for example, “follow the policy statement’s approach even if in theory they might be legally free to choose a different course, because the costs and risks associated with doing so are simply too high.”

Now back to the Trump administration. Trump  has issued many executive orders (over 60); well-known in particular was E.O. 13771’s requirement to remove at least two rules for every new one issued (and to cap regulatory costs). Also E.O. 13777, “Enforcing the Regulatory Reform Agenda,” established Regulatory Reform Officers and Regulatory Reform Task Forces within agencies to identify regulations that: “eliminate jobs, or inhibit job creation; are outdated, unnecessary, or ineffective; impose costs that exceed benefits.”

Two separate memoranda from the Office of Management and Budget’s Office of Information and Affairs (OIRA) with instructions for implementation of E.O. 13771 were also issued, and notably covered guidance as well as rules. In this manner, guidance documents were integrated into E.O. 13771 processes, with a “significant guidance document” defined in OMB’s FAQ on the order as having the same meaning specified in OMB’s 2007 Bush-era “Final Bulletin for Agency Good Guidance Practices.”

Well known is the administration’s claim to have exceeded its 2017 two-for-one goal by attaining 22-for-one. Criticism of the significance of what was cut naturally ensued (pointless in a way since rules cannot be eliminated under the Administrative Procedure Act, only replaced by another rule;  since the president cannot make law on his own, pen-and-phone notwithstanding; and since critics generally oppose any regulatory reform legislation).

But interestingly, of the 67 rules OMB reported to have eliminated in its initial December 2017 update, nine appeared to have been revocations or alterations of sub-regulatory guidance, notices, orders, or information collections, shown here:

Department of Health and Human Services

Department of the Treasury

Some revocations of rules or guidance can be quite obscure. In any event, there should be more attention given to reporting and inventorying guidance, best achieved in the current environment by a new executive order focused exclusively on guidance documents.

Interestingly, some of the highest-profile guidance that agencies have withdrawn or revoked did not appear on the agencies’ two-for-one tallies in either 2017 or 2018. In some cases, streamlining may amount to “rules about rules,” or guidance for guidance, whereby agencies rewrite or reinterpret former policy in a manner intended to reduce burdens. But here are some examples:

Streamlining and other policy changes aimed at liberalization can certainly be controversial. For example, with respect to just-noted Treasury/OIRA Memorandum of Agreement, one objection raised was that “Excessive review of IRS regulation delays needed government revenue.” But the fact that revocations of guidance require extensive investigation to inventory and summarize is precisely the problem. Members of the public are often apt to learn about guidance (including relaxation of it) by happenstance, thus the case for disclosure—and for an executive order now since legislation is highly unlikely to say the least.

The Department of Justice (DOJ) also issued guidance in 2017 and 2018 that merits separate discussion. Former Attorney General Jeff Sessions issued a November 17, 2017 memorandum to all DOJ components on “Prohibition on Improper Guidance Documents” in policy making. Invoking the “blurred … distinction between regulations and guidance documents,” the memorandum “prohibits the Department of Justice from issuing guidance documents that have the effect of adopting new regulatory requirements or amending the law … and [preventing] the Department of Justice from evading required rulemaking processes by using guidance memos to create de facto regulations.” The memo also stated that in most cases, notice-and-comment rulemaking is appropriate “when purporting to create rights or obligations.”

“Principles” articulated for issuing guidance sometimes echoed those seen in the ACUS report. They included specifically identifying documents as guidance, and disclaiming “any force of effect of law,” or binding effect, and not using “mandatory language” like “shall” or “must.” The memo also directed the Associate Attorney General to oversee assembling existing guidance “that should be repealed, replaced, or modified.” This exercise resulted in the elimination of 24 guidance documents, as announced in July 2018, on top of 25 that had been withdrawn in 2017.

In effect, this amounted to “an impressive form of self-abnegation” of power, as noted by former Obama OIRA Director Cass Sunstein, since Trump’s own agencies can no longer rely on post-DOJ-memo guidance in court. While some left-of-center observers were dismissive, claiming that it “merely restated well-understood and otherwise uncontroversial black letter law,” the concern has been a longstanding one on an official basis in the eyes of the ACUS, going back decades before its 2017 report.

A beneficial effect of the DOJ move is that it could induce other agencies to lean toward notice-and-comment rulemaking instead of exploiting the guidance loophole. Former OIRA Director Sunstein maintained that guidance can be “exceedingly helpful,” but deemed the Associate AG announcement a “welcome move” against guidance inadvertently behaving as a “regulatory cudgel.” Likewise Walter Olson noted that “To be sure, many judgment calls and hard questions of classification do arise as to when an announced position occupies new territory as opposed to simply stating in good faith what current law is believed to be. But the full text of the memo shows a creditable awareness of these issues.”

The new DOJ polices, curiously enough guidance in themselves, induced the New Civil Liberties Alliance to urge they be formalized in notice-and-comment rulemakings.

One thing is for sure at the moment. The regulatory reform measures passed in the 115th Congress to address and streamline ordinary rulemaking are unlikely to move in the 116th Congress. Addressing regulation by guidance remains a wide open option for public interest reforms in the coming two years.