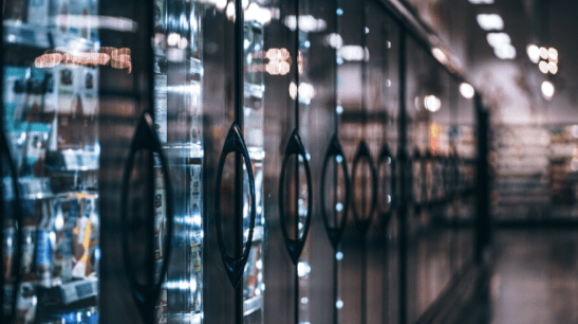 Beginning in the 1970s, concerns that the refrigerants used in most air conditioners and refrigerators were leaking into the air and depleting the Earth’s ozone layer led to the negotiation and signing of the Montreal Protocol, a 1987 United Nations treaty aimed at phasing out these chemicals.[1] Since then, a class of ozone-safe substitutes called hydrofluorocarbons (HFCs) have been developed and are now used in most residential and vehicle air conditioners and residential and commercial refrigerators.

However, many governments and environmental advocacy groups are now targeting HFCs because of their alleged contribution to global warming. In 2016 in Kigali, Rwanda, the parties to the Montreal Protocol agreed to an amendment to the treaty, known as the Kigali Amendment, restricting production of HFCs.[2] U.S. ratification of the Kigali Amendment requires that the president submit it to the Senate for a vote, something President Obama did not do before he left office and that President Trump has shown no interest in doing.

This bill would raise the cost of air conditioning and refrigeration. Both repair costs for existing equipment and the price of new systems would likely rise. Not surprisingly, many advantage-seeking manufacturers of these greenhouse-friendly refrigerants and the equipment designed to use them have joined forces with environmental activists to lobby for the AIM Act. They are led by Honeywell and Chemours, two chemical giants that have patented a number of substitute refrigerants that already sell for more than HFCs.

After the surprise election of President Trump, the proponents of HFC restrictions changed their message, downplaying the climate change rationale and instead emphasizing that these measures will boost domestic manufacturing jobs and give American companies a global advantage.[5] They have even claimed that it will save consumers money.[6] However, few if any of these assertions stand up to scrutiny. In fact, many are the precise opposite of what will really happen under this bill.

Myth: The AIM Act will create many new American jobs producing the refrigerants and equipment favored by the bill.

Fact: The AIM Act will most likely cost American jobs.

There have been a lot of disingenuous domestic jobs claims. In fact, some of the biggest corporate supporters of the AIM Act have been aggressively outsourcing many of the very jobs at issue. This includes refrigerant makers Honeywell and Chemours, which located their first facilities making the new refrigerants in China before breaking ground in the U.S.[7]

Similarly, the Air Conditioning, Heating, and Refrigeration Institute (AHRI) conveys one message about domestic content and jobs in support of the AIM Act[8] but quite another when complaining about Trump administration tariffs impacting $2.1 billion its member companies import annually from China (which is over four times the $0.5 billion they export to China).[9] Among the imports are components that will also be used in AIM Act-compliant products, so the extent of outsourcing is unlikely to decline under this bill.

Granted, not everything will be outsourced. There will be domestic manufacturing jobs producing AIM Act-favored equipment, but those will, at most, just supplant those lost as sales of HFC technologies decline and plants close.

While the impact on domestic manufacturing jobs is likely to be a wash at best, the real jobs impact will be among equipment users. Millions of businesses such as restaurants and food stores will be paying more for repairs and purchases of refrigeration and air conditioning equipment and will have less left to spend on new hiring.

Most global demand growth for air conditioning and refrigeration equipment is expected to come from developing nations like India, China, and Indonesia.[10]  These nations want the most affordable equipment, not the pricey eco-friendly versions required under the AIM Act.

Any doubt that developing nations are in no hurry to switch from HFCs to costlier alternatives should have been erased during the UN debate over the Kigali Amendment, in which these nations demanded and received generous time extensions to continue using HFCs beyond developed nations’ deadlines.[11] Developing nations also made clear that they will not undertake a transition to new refrigerants unless the U.N. pays the added costs of doing so via its Multilateral Fund for the Implementation of the Montreal Protocol, which was set up to help developing nations switch to new refrigerants.[12]

Nor are increased exports to developed nations likely. The European Union already has HFC restrictions in place.[13] As a result, several European companies have moved more aggressively than their American counterparts in redesigning equipment to run on the new refrigerants. Japan and other Pacific Rim manufacturers have also developed such equipment.[14]

In any event, American-based companies who believe there is a global market for HFC-alternative refrigerants and equipment do not need the AIM Act to make and export these products. The only thing this bill does is restrict HFCs in the U.S. and limit Americans’ choices.

The talk of American leadership and increased exports is a transparent attempt to repackage this Obama-era policy in order to appeal to President Trump and Congressional Republicans. In truth, the AIM Act has nothing to do with encouraging exports and everything to do with creating a captive domestic market from which to gouge American consumers.

Myth: The AIM Act gives America an edge over China.

Fact: The AIM Act gives China an edge over America.

Beyond the fact that many American companies supporting the AIM Act are sourcing components from China, the bill benefits China in other ways. It raises the price of refrigerants and equipment in the U.S., thus creating a lucrative market that Chinese companies can exploit along with American companies.

At the same time, the U.S. is the largest contributor to the U.N. Multilateral Fund.[15] Since China is still classified as a developing nation by the U.N., American taxpayers will be subsidizing the development of HFC substitute systems by companies in China as well as Mexico and other developing nations.[16]

Longer term, it is worth noting how history is repeating itself with this bill. Just as earlier bans on ozone-depleting refrigerants provided short-term profits for American makers of HFCs but gave China the opportunity to eventually dominate the market, so it will be with the HFC substitutes if this bill becomes law. As noted, both Honeywell and Chemours have located their first plants making HFC substitute refrigerants in China and in so doing have already shared all of the necessary technology. It is only a matter of time before Chinese companies start producing these refrigerants on their own.

Myth: China is the world’s largest producer of HFCs, so restricting them under the AIM Act benefits America.

Fact: While true that China is the largest producer of HFCs, the bill really hurts American consumers and businesses owning HFC-dependent equipment.

Most commercial, residential, and vehicle air conditioners as well as most commercial and residential refrigerators in the U.S. use HFCs. Repair costs for this equipment will likely rise under this bill.[17] And in the new equipment market, systems designed to use replacement refrigerants will be more expensive if they no longer face competition from HFC systems.

Myth: The AIM Act will not raise air conditioning and refrigeration costs for consumers.

Fact: The only purpose of this bill is to raise these costs.

Companies making greenhouse-friendlier refrigerants and equipment are free to make and sell them with or without the AIM Act. The only difference the bill would make is to shield these products from competition from cheaper HFC technologies by pushing the latter out of the market. For example, one of the widely-used refrigerants targeted by the AIM Act is HFC-134a, which currently is available, as of this writing, for less than $7 per pound, while its patented replacement, HFO-1234yf, goes for about $50 per pound.[18]

Myth: The AIM Act provides for a gradual reduction in HFC production, so existing HFC-using equipment is not impacted.

The bill requires a 40 percent reduction in HFC production by 2024 and an 80 percent reduction by 2034. That is potentially bad enough for HFC prices, but the bill also allows the U.S. Environmental Protection Agency (EPA) to accelerate the deadlines, which could prompt even greater price hikes. Beyond the higher cost of the refrigerants needed to recharge systems after a leak, the refrigerant handling provisions in the bill could add costly steps to the repair process. In fact, one of the reasons some equipment makers support this bill is that higher maintenance costs could induce equipment owners to scrap HFC equipment in favor of new systems.

Fact: The AIM Act allows the initial deadlines to be accelerated, destroying any certainty and potentially jeopardizing the continued use of existing equipment dependent on HFCs.

The bill provides several opportunities for the EPA to tighten the original requirements. And even if the agency were not to do so on its own, the bill’s wide-open liability provisions virtually guarantee that environmental groups will sue to force the issue.

Myth: The AIM Act will lead to improvements in the energy efficiency of air conditioning and refrigerant equipment, and thus save homeowners and business owners money on their energy bills.

Fact: You cannot improve efficiency by restricting refrigerant choice; you can only compromise it.

In addition, the chemicals at issue are also used to make insulation, which saves energy. There are concerns that the substitute compounds favored by this bill will not work as well for certain types of insulation, which further adds to the potential for energy efficiency backsliding.

Myth: The new refrigerants are just as good if not better than the ones targeted under the AIM Act.

Fact: Even beyond higher costs, there are other reasons these new refrigerants were nobody’s first, or even second choice.

Several of the substitutes are classified by standards-setting bodies as flammable.[19] Flammability risks can largely be engineered around, but they cannot be completely eliminated. In addition, there are many state and local building code issues regarding the use of flammable refrigerants—especially in equipment located adjacent to a business’ employees or customers—that are yet to be resolved. Further, servicing of units using flammable refrigerants involves additional precautions and thus higher repair bills, especially for residential use.

AIM-Act compliant equipment may also prove less reliable and long-lasting, as manufacturers must switch from time-tested designs operating on HFCs to those that are relatively new and lack a long track record.

Myth: The AIM Act ensures a single national policy on HFCs rather than a patchwork of state requirements.

Fact: The AIM Act does nothing to rein in California and other states that have already begun setting their own HFC restrictions and would likely continue doing so even if this bill is passed.

Eliminating the growing patchwork of state requirements was one of the rationales for the AIM Act, but the bill is silent on state preemption.

Myth: The AIM Act is a way for Republicans to show that they support action on climate change while still holding the line against more extreme measures like the Green New Deal.

If enacted, this bill would represent the first Congressional endorsement of targeting specific molecules based on their global warming potential. It is a slippery slope. Any member of Congress who supports doing so for HFCs will have a much harder time explaining why similar measures should not be imposed for carbon dioxide emissions from fossil fuels.

For these and other reasons, there are serious problems with the AIM Act, and supporters’ claims lack merit. As is nearly always the case, the free market provides the best policy answer. Let the new refrigerants and equipment compete with the current ones, rather than favoring one over the other.