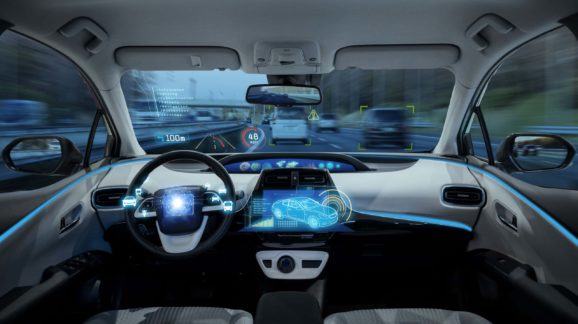 Neither the SELF DRIVE Act nor the AV START Act are perfect bills. Concessions were made to appease various interest groups. For instance, due to objections from organized labor, neither of the bills address heavy trucks because the Teamsters’ union believes—without any basis—its truck driver members face imminent job losses from robo-trucks (despite the technology being nowhere close to fully relieving human beings from all driver responsibilities and a chronic driver shortage in the industry). That said, the bills have been endorsed by hundreds of companies and organizations, ranging from tech startups and Detroit’s Big Three to disability rights advocates and free-market organizations. Unfortunately, a handful of consumerist groups, a number of which oppose any real-world testing of HAVs, have managed to spook a handful of technophobic senators led by the AV Delay Five.

On March 14, the AV Delay Five sent a letter to Senate Commerce Committee Chairman John Thune (R-SD) and Ranking Member Bill Nelson (D-FL) explaining their opposition to the AV START Act as written. Below are responses to various elements of their letter, which range from red herrings to outright falsehoods. The letter is quoted in bold and my responses follow.

We are concerned that the bill indefinitely preempts state and local safety regulations even if federal safety standards are never developed. Placing a sunset on this interim preemption provision would encourage collaboration with federal regulators and maintain a firm timetable for new safety standards, which will have their own preemptive effect.

All of these matters are related to the safe design and performance of motor vehicle technologies incorporated into HAVs, which have been the sole domain of the National Highway Traffic Safety Administration (NHTSA) in its nearly half century of existence. In fact, as the AV Delay Five hint at, 49 U.S.C. § 30103(b) already preempts state and local governments from regulating anything covered by NHTSA-administered Federal Motor Vehicle Safety Standards (FMVSS). The AV START Act’s Section 3 is aimed at countering poorly crafted state laws related to HAVs, which then often require ill-equipped state Department of Motor Vehicles employees to promulgate regulations. This mess has already been playing out in California, Michigan, and a few other states for the past half-decade thanks to a vacuum created by Congress’s inaction. As no serious person believes every state should spawn a mini-NHTSA, preventing a patchwork of bad state laws ought to be a top priority of Congress.

On the question of sunsetting this preemption provision, the AV Delay Five fail to note that Section 3 does provide a sunset provision. The new paragraph that would be added to 49 U.S.C. § 30103(b) “shall cease to have effect” once federal regulations related to the above-mentioned subject matter areas are promulgated. Once those regulations become operative, 49 U.S.C. § 30103(b)’s longstanding FMVSS preemption paragraph takes effect.

The AV Delay Five want a specific sunset date, after which state lawmakers and regulators can resume attempting to create a disastrous state patchwork of HAV regulations. This is, to put it bluntly, idiotic. If a patchwork of HAV vehicle manufacturing requirements is bad today, it will be just as bad and most likely far worse five or 10 years from now.

Finally, the AV Delay Five ignore how auto safety standards are developed. It was implicit federal policy for 30 years and has been explicit federal policy for 20 years that NHTSA (and regulatory agencies generally) should, whenever possible, incorporate private standards developed by expert engineers in lieu of crafting government-unique rules. The rationale is simple: the technical expertise outside government is far greater than the technical expertise inside government. So, when NHTSA is looking to promulgate a new rule or revise an existing rule, it first looks at nongovernmental standards-setting bodies, the top three being SAE International, American Society for Testing and Materials, and the American National Standards Institute.

Right now, very few HAV-related standards have been published. There is ongoing work taking place at standards-setting bodies around the world, but more time is needed to develop crucial technical standards. What the AV Delay Five are essentially saying is that the government should develop new regulations before the engineering standards have been written. They are demanding federal and state regulators to fly blind. This is another recipe for mindless, ineffective policymaking. As the aim here is to increase the cost of deploying potentially much-safer HAVs, if the AV Delay Five have their way, Congress may well end up with blood on its hands.

Until new safety standards are put in place, the interim framework must provide the same level of safety as current standards. Self-driving cars should be no more likely to crash than cars currently do, and should provide no less protection to occupants or pedestrians in the event of a crash. Exemptions from current safety standards should be temporary and reviewable, and the caps on the total number of exemptions should apply to companies, not individual models. Federal regulators should have clear direction to gather and analyze data on the deployment of these vehicles, including their incident data. The bill must also make clear that it will not interfere with traffic laws and other traditional state or local responsibilities, which are essential to public safety.

The first two sentences here are meaningless, as the bill does nothing to upend NHTSA’s longstanding exemption process. In order for a manufacturer to obtain approval for a temporary exemption from an FMVSS, it must meet one of four conditions. The condition under which HAV developers would likely seek exemptions from FMVSS is for sale or consumer deployment. This condition at 49 U.S.C. § 30113(b)(3)(B)(iv) reads: “compliance with the standard would prevent the manufacturer from selling a motor vehicle with an overall safety level at least equal to the overall safety level of nonexempt vehicles” (emphasis added). So, the stated fears of the AV Delay Five, that “the interim framework must provide the same level of safety as current standards,” ought to be allayed because Section 6 of the AV START Act does nothing to change this existing statutory requirement. The same safety equivalence requirement applies to manufacturers seeking a development or field evaluation exemption for a new safety feature under 49 U.S.C. § 30113(b)(3)(B)(ii). Phew!

As for the remaining concerns, the raised annual exemption caps contained in Section 6 of the AV START Act are actually significantly less ambitious than those that had been requested by technology advocates. Developers had wanted an exemption for 150,000 annual HAVs, rather than the AV START’s maximum annual limit of 80,000, which is phased-in over a few years. The exemptions would remain temporary, although they could be renewed, and will only apply until NHTSA publishes relevant HAV FMVSS. The whole point of higher exemption caps is the recognition that developing FMVSS takes time—around a decade on average. Without greater exemptions for the near-term, far safer HAVs could be developed but be prohibited under the law—or allowed in such small quantities to render their potential life-saving impact meaningless. Again, if the AV Delay Five get their way, Congress may well end up with blood on its hands.

However, we believe the bill must also lead to the development of cybersecurity safeguards, and include measures to protect consumer privacy, which are clearly foreseeable challenges.

Lastly, while the bill supports future deployment of self-driving cars at higher levels of automation, we are concerned that it does not address known problems with current deployment at lower levels of automation. The National Transportation Safety Board is now conducting its second investigation in two years of an accident that may have been caused by a driver’s overreliance on a partially automated system. While there is no substitute for strong safety standards, we believe the bill should at least require vehicles with partial automation to also be subject to safety evaluation reports. This would help assure safety and ensure that these systems’ limitations and reliability are well documented.

This may sound reasonable at first glance, but it is not. For one, HAVs are radically different than SAE Level 1 or 2 driving automation systems in terms of both capability and driver responsibility. This becomes obvious when one skims SAE Recommended Practice J3016, which makes a distinction between SAE Levels 3-5 by referring to these technologies as “automated driving systems.” Relatedly, SAE International has also developed Recommend Practice J3018 for the on-road testing of automated vehicles, but only those with SAE Levels 3-5 automated driving systems.

In addition, vehicles equipped with lower levels of automation are already on the roads today. Should Congress retroactively overregulate these safe technologies consumers have been enjoying for years? Should a bill designed to develop a national regulatory framework for self-driving cars be rewritten to cover your five-year-old car’s adaptive cruise control system? Perhaps there is a role for Congress to examine certain Level 2 systems, such as those currently being deployed by Tesla in its misleadingly labeled Autopilot system. But the AV Delay Five’s insistence that an HAV bill should cover non-HAVs merely reflects their deep ignorance over how these technologies are being engineered, tested, and deployed.

The AV Delay Five shouldn’t be taken seriously and Senate leadership should work to bypass their dilatory tactics of throwing every plausible sounding objection to the AV START Act at the wall to see what sticks. If one does their homework, none of their objections stick, leading one to conclude the AV Delay Five are driven by irrational fear, ignorance, bad faith, or some combination thereof.