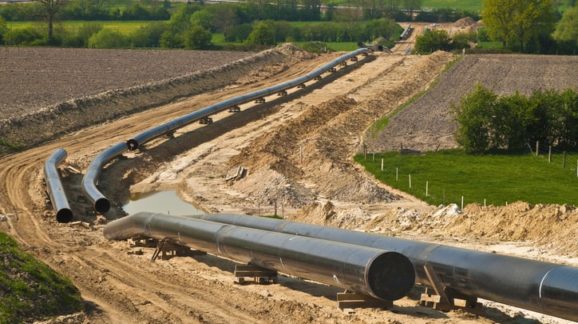 The Trump administration has placed a high priority on streamlining the delays and red tape holding back many private sector projects. The Environmental Protection Agency’s (EPA) final rule making changes to its Environmental Appeals Board (EAB) is another useful step toward that goal.

Job-creating projects, from pipelines to ports to mines, are routinely subject to years of federal permitting delays. In some cases, these long delays are tantamount to denials, as investors are simply forced to give up and allocate their capital elsewhere, including other countries with less onerous red tape. For example, under the National Environmental Policy Act (NEPA), the Environmental Impact Statements required of major projects have averaged four and a half years to complete, and there is no guarantee that there won’t be other non-concurrent federal delays after that.

Although the problem has been gradually getting worse for decades, it was exacerbated by the Obama administration’s efforts to impose climate change considerations as yet another hurdle in the permitting process.

Through Executive Orders and , regulations, the administration is taking steps to reduce the permitting delays, including delays in energy infrastructure projects needed to achieve the administration’s energy dominance agenda. The task is big, as these kinds of projects face multiple roadblocks under a long list of statutory requirements and can involve five or more separate federal agencies. The EPA tops many project-developers’ lists as the worst, and the EAB’s appeals process is a part of the problem.

The EAB was never authorized by statute but was essentially invented by the EPA in 1992 as a means of providing appeals for certain final agency actions, including permitting approvals. Since then it has evolved into a lengthy and cumbersome process. Beyond concerns regarding the quality of EAB’s decisions, the delays they cause are a big problem, especially given that they come after the often-lengthy process to reach an appealable agency action in the first place.

The finalized reforms provide a more flexible and streamlined approach to reviewing agency permitting decisions. Instead of having no choice but to wait in the EAB queue, an interested party can opt for immediate judicial review. In addition, parties can choose alternative dispute resolution (ADR), which has amassed a good track record where used, or decide to go through the EAB process as before.

These changes, as well as reforms to strengthen the objectivity and quality and accountability of EAB judges and decisions, are one more step towards an improved approach to permitting approvals.