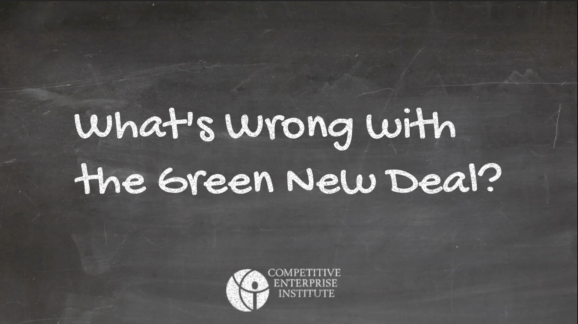 In 2019, New York Rep. Alexandria Ocasio-Cortezand Massachusetts Senator and fellow progressive Ed Markey introduced the Green New Deal, a Back-to-the-Dark-Ages manifesto that seeks to regulate how we light, heat, and cool our homes, how much energy we are allowed to use, and even which vehicles we can drive.

With progressives back in power in Washington, it’s more important than ever for Americans to learn about the effects their heavy-handed regulations may have on our pocketbooks and, more broadly, our way of life.

CEI is launching a new video series that asks: What’s Wrong with the Green New Deal?

The third and final video in the series examines the impact the Green New Deal would have on automobility in the United States.

The second, and most recently released, video in the series examines America’s energy supply, and what would happen if the Green New Deal mandates America phase out of coal, oil, and natural gas.

The first video in the series looks at what progressives might have in store for the electricity grid: