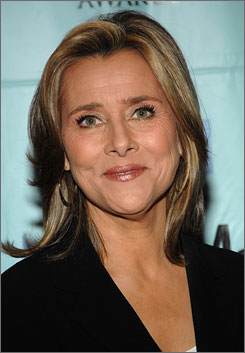 This is “Green Week,” NBC’s annual effort to show you how to “green your routine.” It sounds innocuous enough, but “Green Week” is actually part of a manipulative business strategy employed by General Electric (GE), the owner of NBC.

Generally speaking, Americans don’t like being told what to do, so GE uses “Green Week” to propagate global warming alarmism and frighten Americans into accepting rules and regulations that force them to buy GE products.

Yesterday, Today Show co-host Meredith Vieira told viewers that global warming could cause sea levels to rise 200 feet. But that’s not what the experts are saying. Under its worst-case scenario, the Intergovernmental Panel on Climate Change predicts that Sea levels would rise by 27 inches over the next 100 years. So, Meredith was off by 99%.

Today, Meredith conducted an interview with an Antarctic ecosystem ecologist, who said that the bad news is that ice was melting on one side of Antarctica. Meredith then asked whether it was good news that ice mass was increasing on the other side of Antarctica. The ecologist replied that it was indeed bad news, because increasing ice meant that animals had to travel further to get food. When it comes to global warming, there can be no upside, at least not during Green Week.

Today Show weatherman Al Roker reported from Iceland, and he did a segment on that island’s success with geothermal energy. He finished his piece by noting that the U.S. could get 10 percent of its energy needs from clean, geothermal energy. Conveniently, General Electric, which owns NBC, just so happens to be a leader in the manufacture of conventional open cycle steam turbines used for geothermal power.