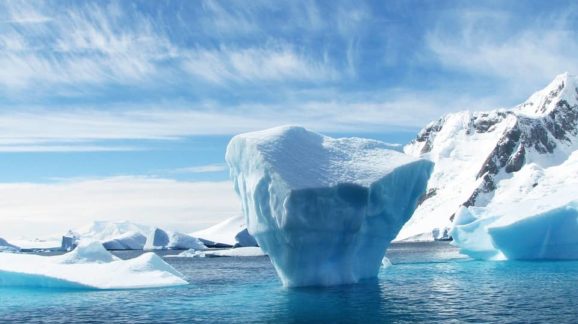 #TimeForAction is the slogan at this year’s Madrid climate conference. #TimeForTalk would be more accurate. The talking is endless. 70,000 hours and counting have been spent failing to define a market instrument under Article 6 of the Paris Agreement. But talk doesn’t cut greenhouse gas emissions. The UN Environment Programme (UNEP) describes the last ten years as a lost decade, with essentially no change in the trend of global emissions. “There has been no real change in the global emissions pathway in the last decade,” UNEP says.

Global emissions have risen at an average of 1.5% a year over the last decade. There was a pause in 2016, but 2017 saw a resumption of the upward trend and emissions have now reached a new record, with no sign of emissions peaking. It comes as little surprise that the underlying driver is strong economic growth of non-OECD economies, growing at over 4.5% a year over the last decade, compared with only 2% a year for OECD members.

“The summary findings are bleak,” UNEP says in its tenth anniversary emissions gap report. By 2030, emissions need to be 55% lower than in 2018 to put the world on track to limit global warming to 1.5 degrees Celsius above pre-industrial levels. “Unprecedented efforts are required to transform societies, economies, infrastructure and governance institutions,” one of the report’s authors said at a conference side event. “It’s frustrating,” another said. “The gap is growing.” To a third, drastic cuts in emissions require new values, new norms, and new lifestyles, all this implying “a huge transformation of the whole of humanity.” In other words, it’s not going to happen.

Asked what probability they’d ascribe to meeting the 1.5 degree target, one of the emissions-gap authors replied that they preferred not to pose the question because if they answered it, people would conclude it’s impossible and give up. Speaking two years before the Paris climate conference, Yvo de Boer, the former executive secretary of the UN climate convention, was more candid. “The only way that a 2015 agreement can achieve a 2-degree goal is to shut down the whole global economy,” de Boer said.

No climate conference is complete without Al Gore talking. Perhaps because he’s feeling some competitive pressure from the teenage Greta Thunberg, who arrived at the conference center with six armed UN security guards and nine additional security personnel, Gore’s performance was more histrionic than in the past. Gore’s presented his standard fare of unprecedented wildfires, the North Pole melting in midwinter, the disappearing Greenland icecap causing Venice to flood and so forth.

“We have the solutions,” Gore boomed. “They are cheaper than fossil fuels.” Intermittent wind and solar—OK, Gore never mentions the intermittency of weather-dependent energy—was crossing the line of grid parity. Then there would be no stopping it. Eighty-eight percent of new generating capacity in Europe was renewable, omitting to mention that those with the most renewable capacity also have the highest energy costs. The performance of electric vehicles was superior to the internal combustion engine, simultaneously calling for worldwide bans on future sales of petrol-driven vehicles. Some things never change. Nearly three decades ago in Earth in the Balance, Gore described the internal combustion engine as a more deadly threat to America than any military foe. Somehow America survived the onslaught, even with the SUV share of auto sales soaring from 27% to 48% in just nine years. The trends are unstoppable. But we still need new policies, Gore said. A contradiction? For sure.

And here Gore’s talk signals a major political shift. All movements need a figure against which to direct their two-minute hate. At previous climate conferences, especially since Donald Trump’s election, the United States served the hate function. At the last two climate conferences in Bonn, Germany and Katowice, Poland, protestors interrupted the presentations put on by the U.S. delegation. It’s been very different this year. The U.S. has been virtually invisible and so has the anti-Americanism. Instead of protesting against a non-existent American presence, youth activists stormed the conference main stage shouting “we are unstoppable.”

In his remarks, Gore only mentioned the president once and then in neutral terms. Although Trump wants to withdraw from the Paris Agreement, a new president can give 30-days notice to re-join. But, Gore continued, it didn’t matter who was in the White House. The trend to the green economy would continue anyway. Was Gore conceding the probability of Trump’s re-election? It sounded that way. Instead, Gore’s vitriol was directed at the oil companies and fossil fuel polluters. Although they were financially doomed and sitting on $22 trillion of hydrocarbon reserves that are worthless because they cannot be burned, it is their legacy lobbying power which is preventing humanity from saving itself.

Like any bully, Gore, as the leading member of the climate clerisy, understands that you don’t take on someone stronger than yourself and win. He tried and failed to shift the president. Oil companies present him with a softer target. Royal Dutch Shell, for example, has gone out of its way to endorse the goals of the Paris Agreement and achieving net zero by 2070—two decades too late for Gore. Whatever the nuance in Shell’s net carbon footprint ambition, it’s not going to stop an oil company from being an oil company or being attacked for failing to hit a net zero target no responsible person believes has a prayer of being met. By contrast, the absence of the anti-Americanism at Madrid that disfigured previous climate conferences vindicates the president’s decision to quit the Paris Agreement. There is a cost to supping at the climate table. Donald Trump decided America doesn’t need to pay it.

Rupert Darwall is a Competitive Enterprise Institute NGO delegate to the 25th Conference of the Parties to the United Nations Framework Convention on Climate Change (COP-25) and a senior fellow at the RealClear Foundation.