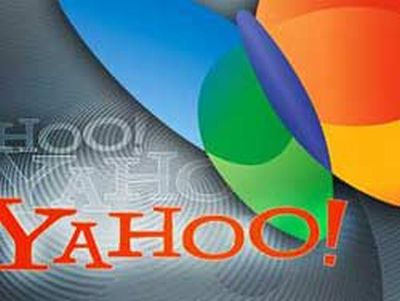 The fight for Yahoo! continues as Microsoft stated yesterday that:

Microsoft reserves the right to pursue all necessary steps to ensure that Yahoo!’s shareholders are provided with the opportunity to realize the value inherent in our proposal

This statement was issued in response to Saturday’s rejection by Yahoo’s board of the $41 billion dollar offer that Microsoft proposed to the board of Yahoo! This new “all necessary steps” language from Microsoft has been perceived by many to mean the Microsoft will go “hostile” in its pursuit of Yahoo! Of course, hostile in this case isn’t all that hostile. Or at least share holders sure shouldn’t think so. Yahoo’s board has said that a price of $40 a share would be more to their liking, raising the price of the deal to nearly $52 billion. Only in the strange world of corporate-speak can the word “hostile” be applied to a company shelling out an extra %30 to another’s shareholders.

Yahoo’s stock at close of market Monday was trading at $29.87, after having jumped about 8 points after the Microsoft acquisition offer was announced. Yahoo’s stock holders already owe a lot to Microsoft for this added stock value, but a $40 a share price would mean more than doubling the value of their shares since January 30th. Even looking at Yahoo’s 52 week high of $34, a $40 price is a 17% gain. Not too shabby.

Though the Yahoo! board may try to resist the merger, this hostile takeover shouldn’t inspire hostility at the FTC.

Though there is no guarantee that Microsoft will be able to successfully integrate the two companies, we can be assured that a merger will not reduce competition in the marketplace. That’s because the market is growing too quickly and is too dynamic for the merger to seriously effect competition.

With the domestic online ad market predicted to double in the next two years and global adoption rates of internet service continuing to rise, there is every reason to believe that this rapidly expanding marketplace has room for new entrants such as Facebook, Digg, Wikia Search, Mahalo, or a company that still resides in a dorm room or garage somewhere in the world.

Not only is the online ad market growing, it’s shown itself to be as tumultuous and dynamic as any market in history. Just as we’ve nearly forgotten early auto brand like Stutz, Hupmobile, or Duesenberg, we’ve been quick to forget that Google hasn’t always been #1.

We shouldn’t forget other search stars like AltaVista, Lycos, WebCrawler, Infoseek, or HotBot. Most of these are now powered by other search engines or have become portal pages that live off of what little brand identity they have left. The search market has seen #1s come and go and we have little reason to believe that Google, or a possible “Microhoo!” would be immune to these same competitive forces.

Remember AOL? many thought AOL was the internet in the mid 1990s. It has so much clout and perceived value that it bought Time Warner–not the other way around. It was only 8 years ago, in January 2000, that AOL paid a cool $164 billion for Time Warner. At the time, this merger created the largest media company in the world. Many saw it as an unstoppable juggernaut.

Flash foward to today and you read that Time Warner is spinning off the AOL dial-up branch of its company. This used to be the cash-cow of the internet, but now the idea of paying $30 a month to dial in to AOL with your 14.4k modem seems laughable. Things change quickly in a market where innovation happens daily and where consumers have little reason not to switch to superior technology. A lesson Time Warner and its share holders learned only after losing $200 billion in value.

It’s hard to see what technology could displace Google. But it was also hard in 1998, when antitrust proceedings were just beginning against Microsoft, to think that anyone could challenge Bill Gates & Co. Yet in the same year, a couple of Stanford PhD students were seeking investment money to get their funny “Google” company off the ground. Not even Warren Buffet could have predicted that these two nerds would soon make the world’s largest software company fear for its life.

The FTC should learn from history and acknowledge that market leadership is never something that can be “locked-in” but something that is tenuous at best and most often quite temporary. If competition will remain strong in the online ad business after a potential merger, then the FTC should let the market be.