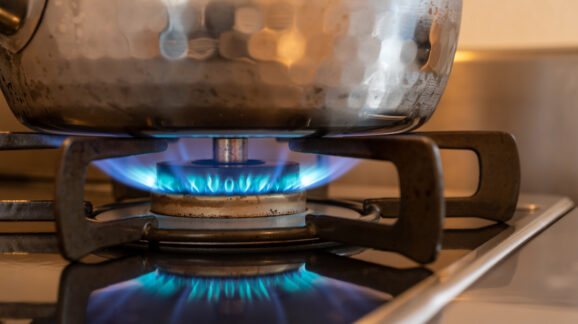 There’s no doubt that the Biden Administration is fully on board with the climate activist community’s war on the natural gas industry. From slow walking natural gas leasing on federal lands to new taxes on methane leaks from gas wells to impeding approvals of needed pipelines, the screws are being tightened on production and distribution. And now, despite White House denials, federal regulators are reaching further downstream and going after natural gas-using appliances in our homes, the recent dust-up over natural gas stoves being just one example.

Most homeowners have a natural gas hookup along with electricity, and this affords them fuel choice for those appliances that come in both natural gas and electric versions – heating systems, stoves, water heaters, and clothes dryers. And natural gas is the cost-effective option chosen by many – the Department of Energy (DOE) estimates a cost of $12.09 per million British thermal units for gas versus $41.79 for electricity, making it more than three times cheaper. There are also quality differences, especially in the kitchen where many swear by the superiority of cooking with gas over electric. But now, choices are being whittled away by Washington.

A stringent new DOE efficiency standard for natural gas furnaces, proposed last year and soon to be finalized, would likely eliminate the most affordable gas models. It would also boost installation costs as compliant high-efficiency gas furnaces are incompatible with the existing venting systems in millions of older homes. A new water heater efficiency standard may be  proposed next May and could present similar challenges that tilt the balance towards electric versions.

It isn’t just DOE. The Consumer Product Safety Commission (CPSC) floated the idea of restrictions on gas stoves, ostensibly because indoor combustion of natural gas creates unhealthy air for the occupants. CPSC Commissioner Richard Trumka Jr. said that an outright ban on new gas stoves is “a real possibility.” After a powerful backlash, the White House denied it ever was going to target gas stoves, but CPSC is nonetheless moving ahead with fact finding that could eventually lead to restrictions.