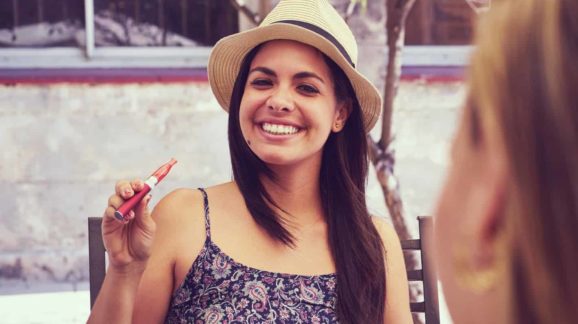 At the beginning of the year, President Trump issued an Executive Order aimed at cutting red tape. The order directs federal agencies to set up task forces to identify regulations that are overly burdensome to the industry. “Every regulation should have to pass a simple test,” Trump said. “Does it make life better or safer for American workers or consumers? If the answer is no, we will be getting rid of it—and getting rid of it quickly.”

What regulation could be more suited for the chopping block than one that gave an agency control over a nascent industry which that agency is incapable of regulating? As recent events have demonstrated, the Food and Drug Administration (FDA), which gave itself the authority to regulate the electronic cigarette industry (vapes), cannot even handle the process of collecting registration for the products in this market. Left with control over the vaping industry, the FDA will kill it, while nations less fearful of technological innovation and market solutions to public health problems leave the U.S. in the dust.

In 2009, Congress gave the FDA authority to regulate tobacco products under the Family Smoking Prevention and Tobacco Control Act (TCA). In 2016, the agency announced that it interpreted this statute to mean that it also had the power to regulate other products that contained nicotine, including electronic cigarettes, even if they didn’t contain tobacco. This meant that all vaping products would have to go through the agency’s expensive and onerous process of obtaining premarket approval before they could be sold to consumers—many of whom had come to rely on them as a substitute for much more harmful traditional cigarettes.

While TCA grandfathered in cigarette products, exempting them from the premarket approval process if they had been on the market prior to 2007, the FDA’s reinterpretation of the law did not afford electronic cigarettes the same exemption. Consequently, according to the agency’s own estimates, the new rule would eliminate more than 99 percent of the vaping industry, since few manufacturers could afford putting every single one of their products through the expensive premarket approval process by 2018.

In July, the industry had reason to hope they might escape total destruction, when Congress approved Scott Gottlieb as the new commissioner of the FDA. Gottlieb, a physician and cancer survivor, seemed acutely aware of the potential for less harmful tobacco alternatives to improve public health. And in July, the FDA delayed implementation of the new regulations, affording the industry an additional four years in which to navigate the FDA’s opaque premarket approval process—or hopefully convince the agency to create new rules that reflect such products’ reduced risk.

But the agency’s handling of its first simple deadline—to collect information about existing vape products on the market—indicates it is not equipped to handle the responsibility it took upon itself in regulating this industry.

By September 30, all domestic manufacturers were required to register their vaping products with the FDA’s website. This includes mom-and-pop vape retailers who mix their own liquids. However, according to industry members, the website where they had to register crashed in the week leading up to the deadline.

According to Pamela Gorman, executive director of the Smoke-Free Alternatives Trade Association, her members began reporting trouble with the website on September 25. Then a staffer at the FDA’s Center for Tobacco Products informed her that the system was overloaded but still working, and they just needed to keep trying. But for some, there simply wasn’t enough time. “So many were unable to complete their required filings and feared their livelihoods would be ended due to a computer glitch.  It was heartbreaking to watch,” Gorman told me in an email.

It wasn’t until September 28 that the FDA announced it would give applicants extra time, until October 12, to complete their registrations. While Gorman notes that everyone is “grateful for the delay,” this filing is only one of many to come for the industry and will likely be an ongoing struggle for both the industry and regulators who are unprepared to handle to size of the industry.

Many in the business believe the agency’s approach is to blame, and that lumping vaping under the old cigarette rules is destined to destroy the vaping industry. Gorman wrote:

The intent of the [Tobacco Control Act], regardless of their “spin” was to A) preserve the cigarette companies right to be sold, and B) prevent any new “tobacco products” from coming to compete in the market. If the FDA insists on defining our technology as “tobacco” and pointing to this 2009 law as the basis of their regulation, they will succeed in preventing this technology that has the potential to save millions of American lives from competing with combustible cigarettes.

She and others are hoping that the FDA will reexamine the regulatory framework and draft new rules specifically designed to maintain a safe and innovative vaping market.

The Trump administration should follow through on its commitment to get rid of onerous and unfit rules, and replace them with regulations that make sense for this new industry. In doing so, they can ensure that new technologies, designed to offer progressively safer alternatives for smokers, continue to be available to consumers.

Fred L. Smith Jr., the founder of the Competitive Enterprise Institute, refers to the regulatory state as the least disciplined part of the federal enterprise.

Add air conditioning to the long list of items experiencing inflation under the Biden administration. Whether it is fixing your home’s existing system or buying a…